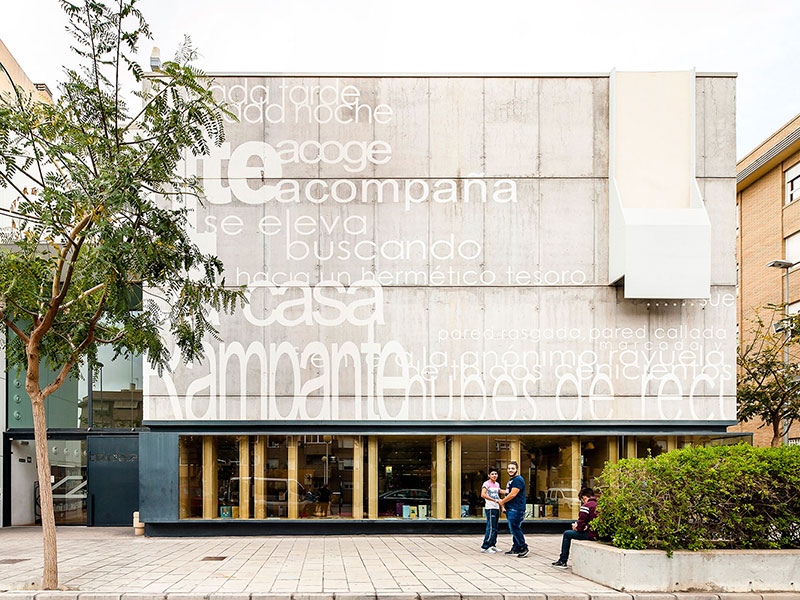 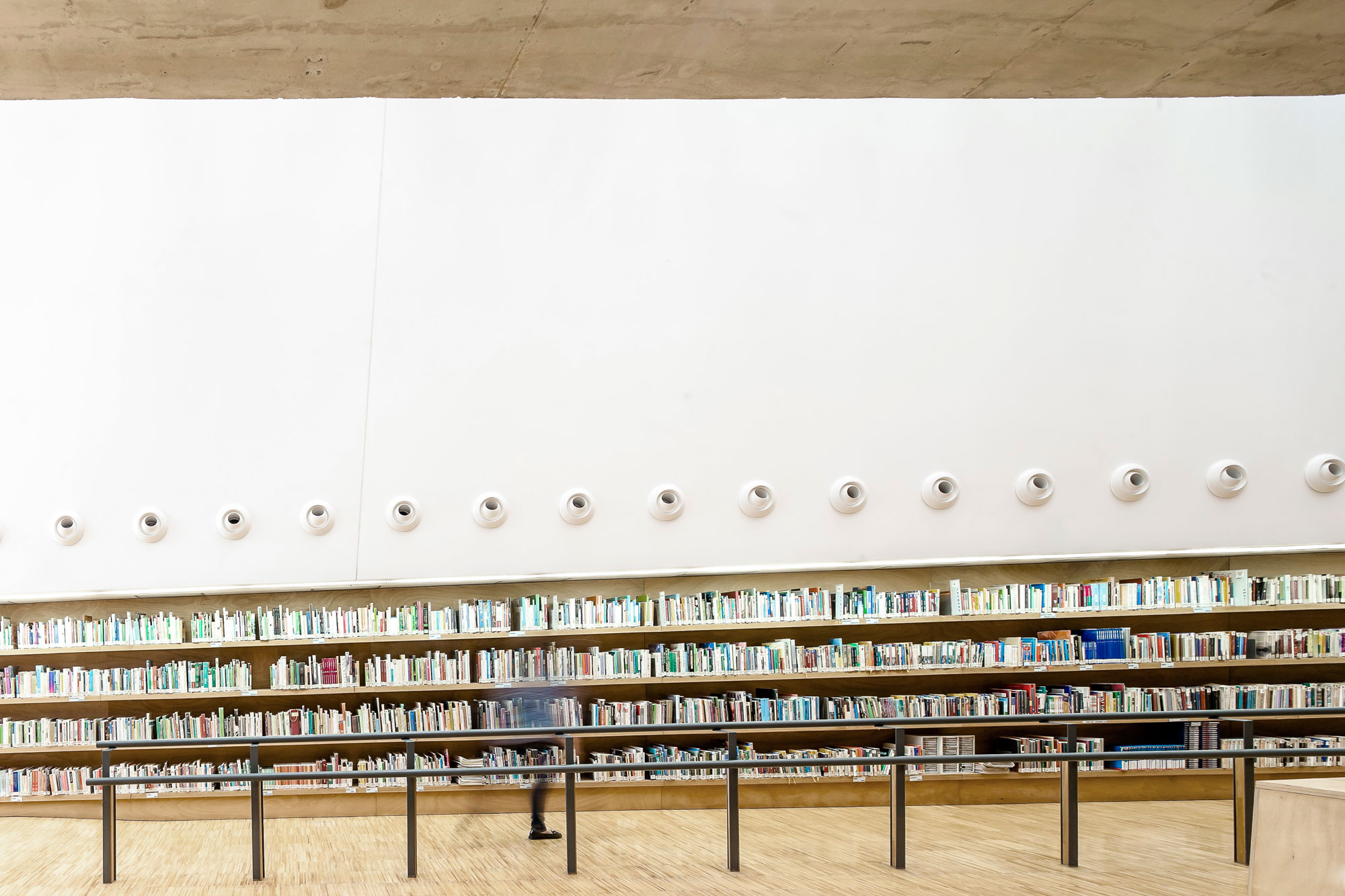 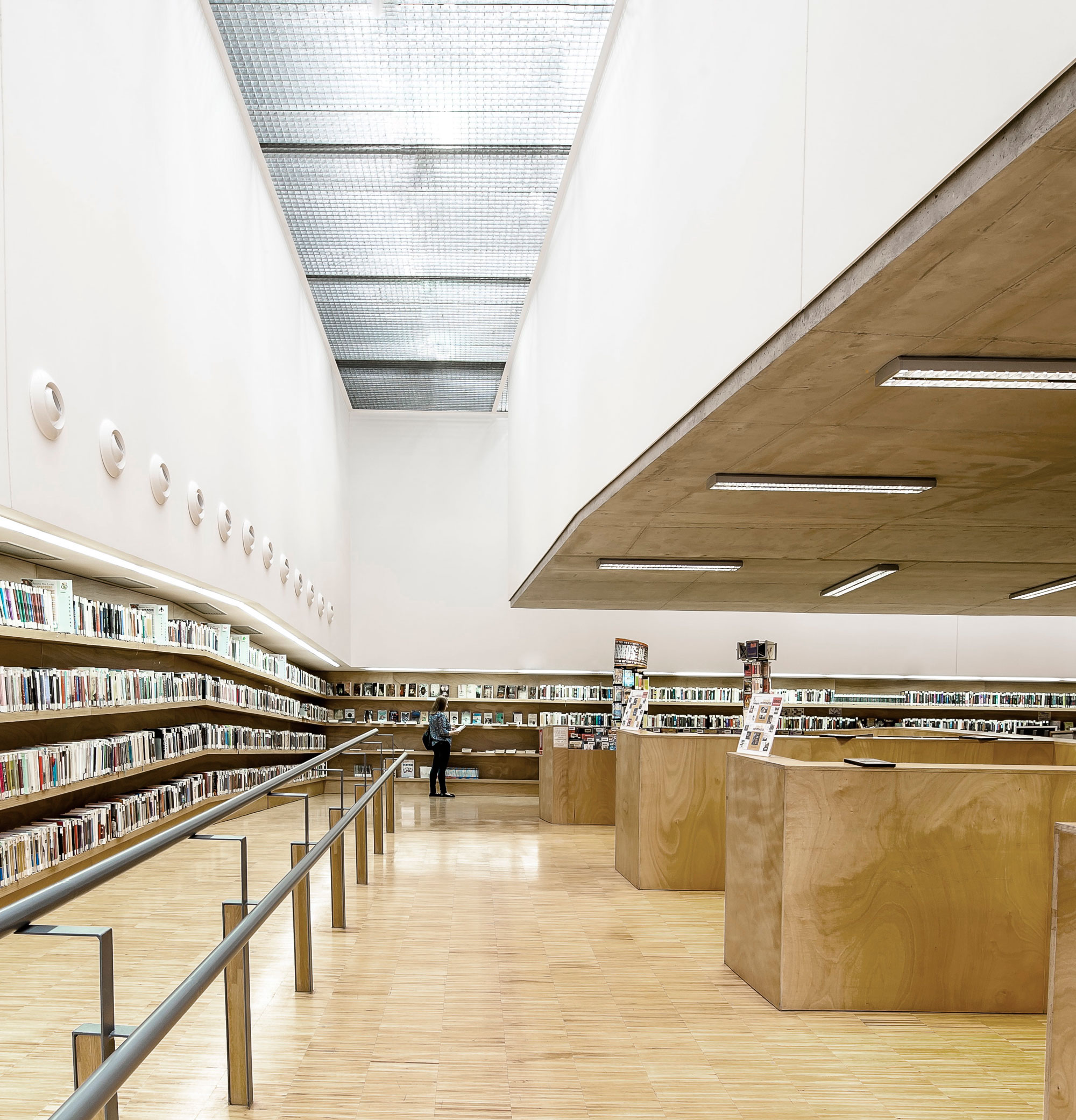 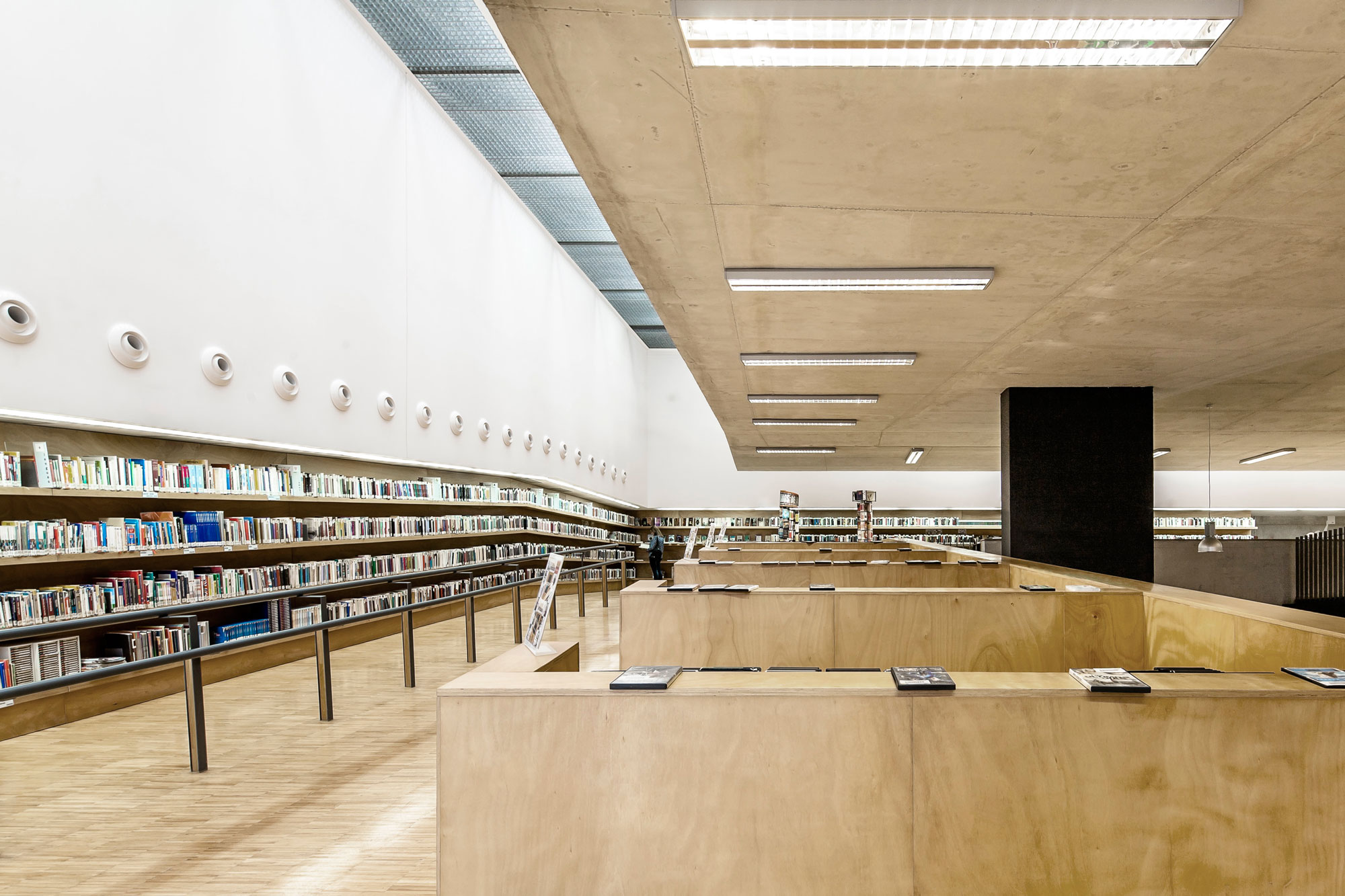 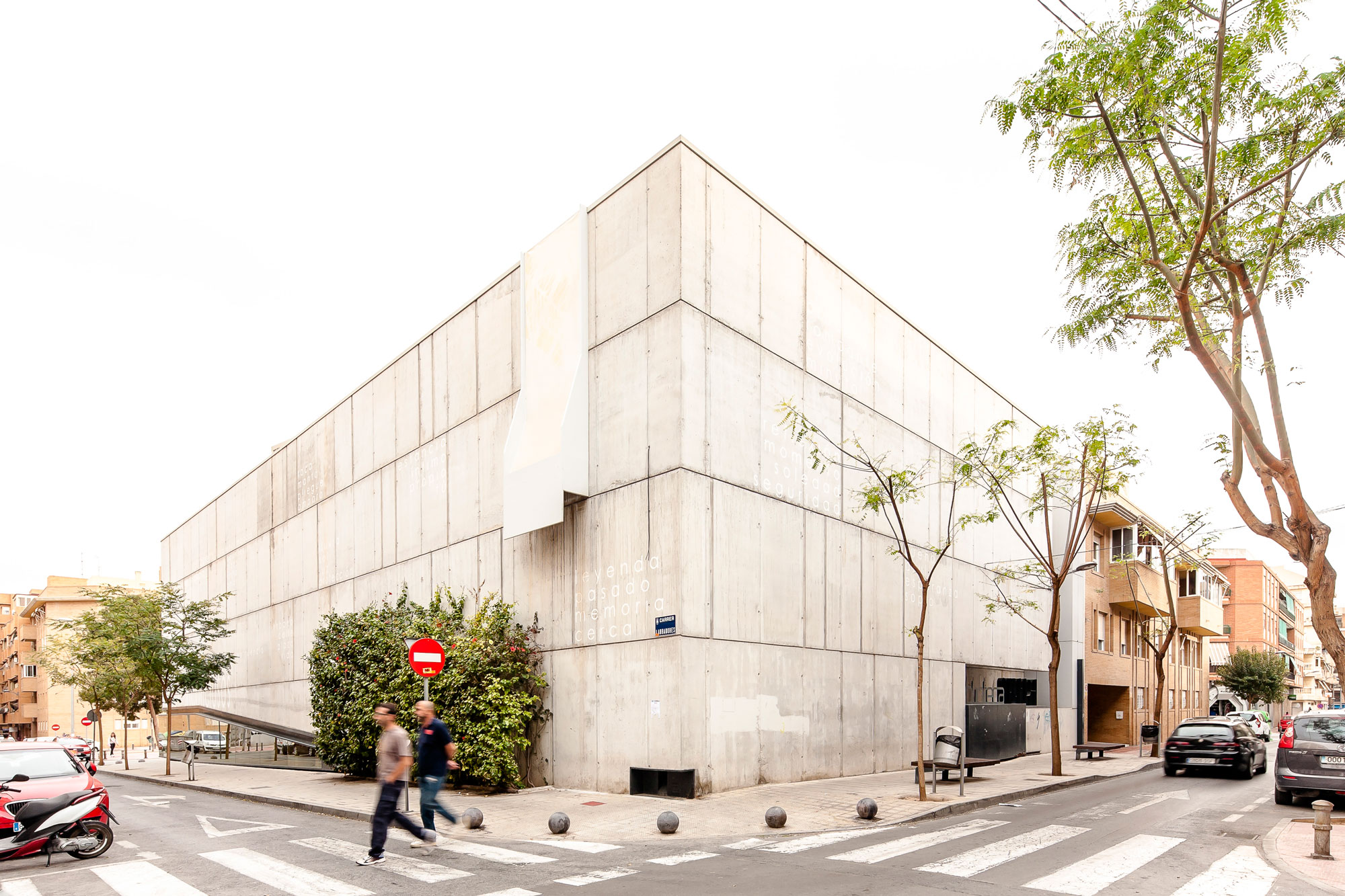 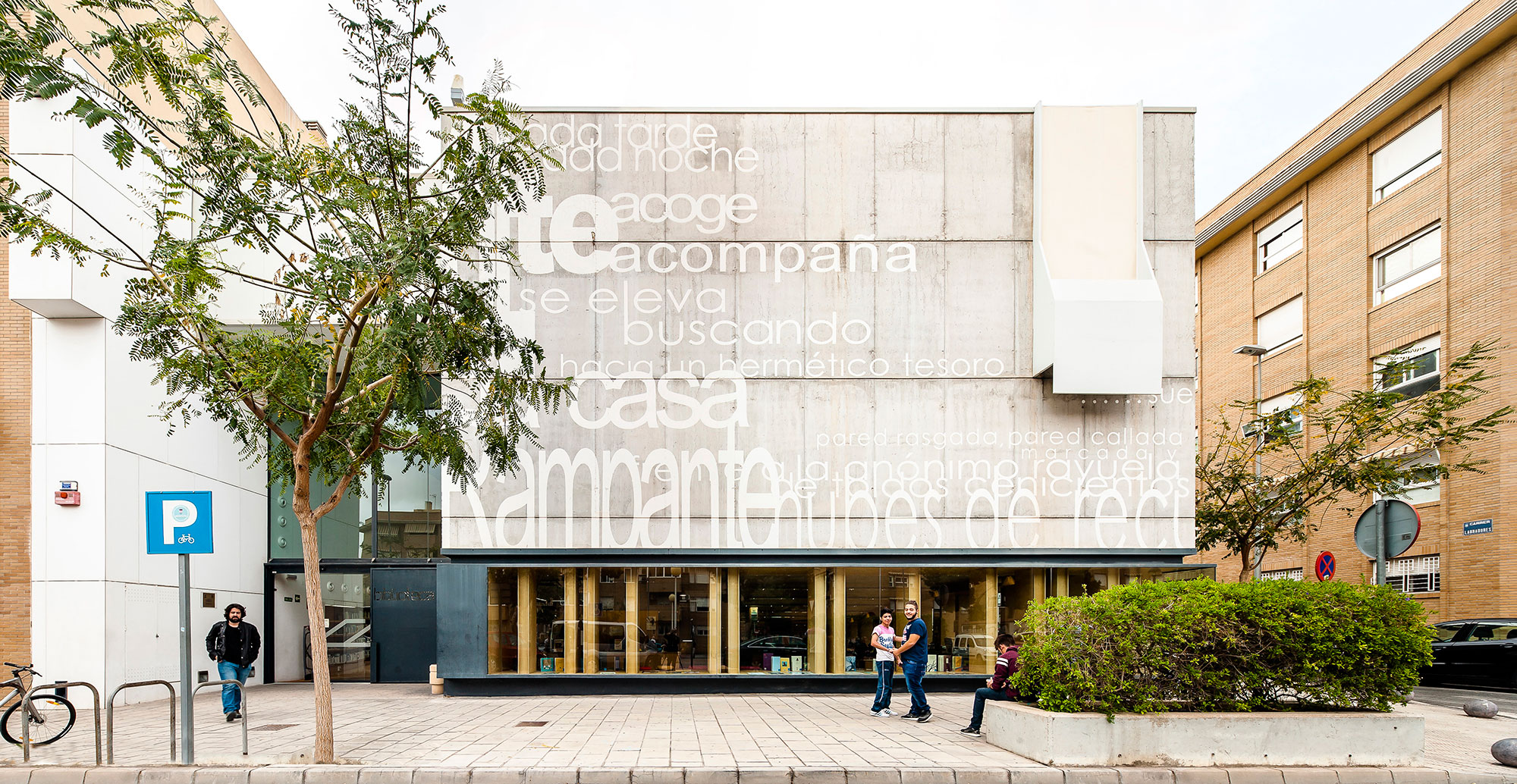 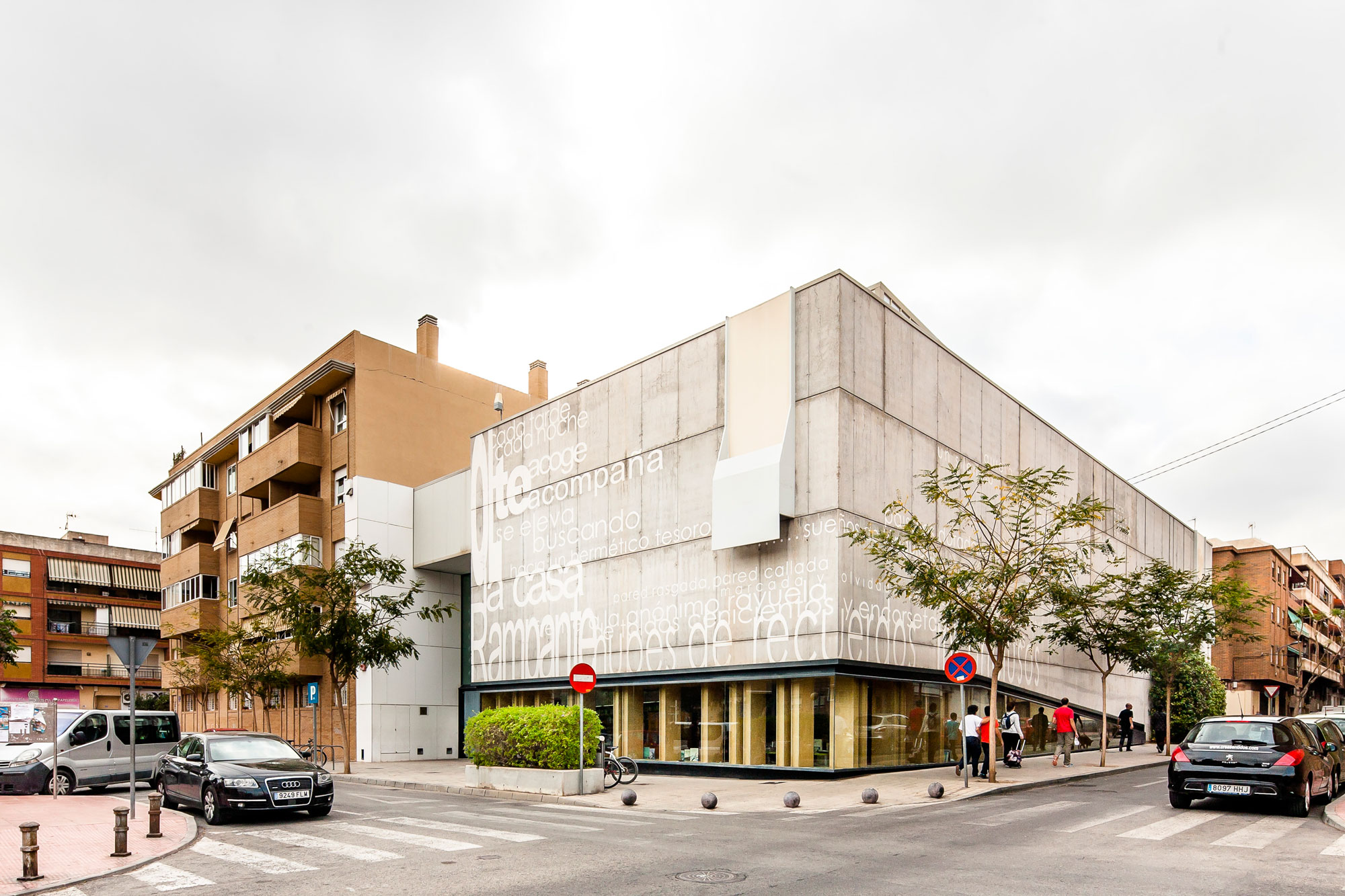 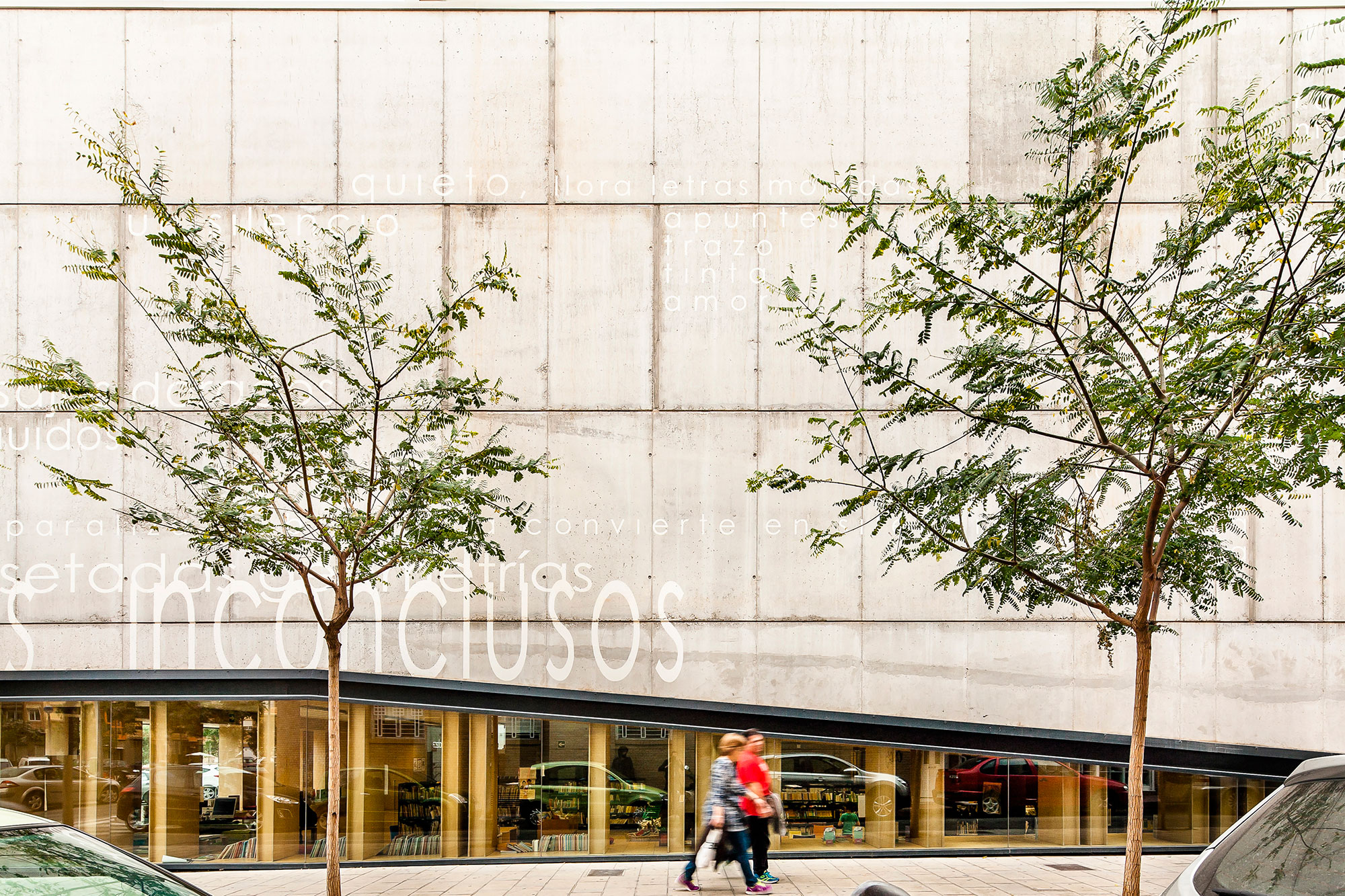 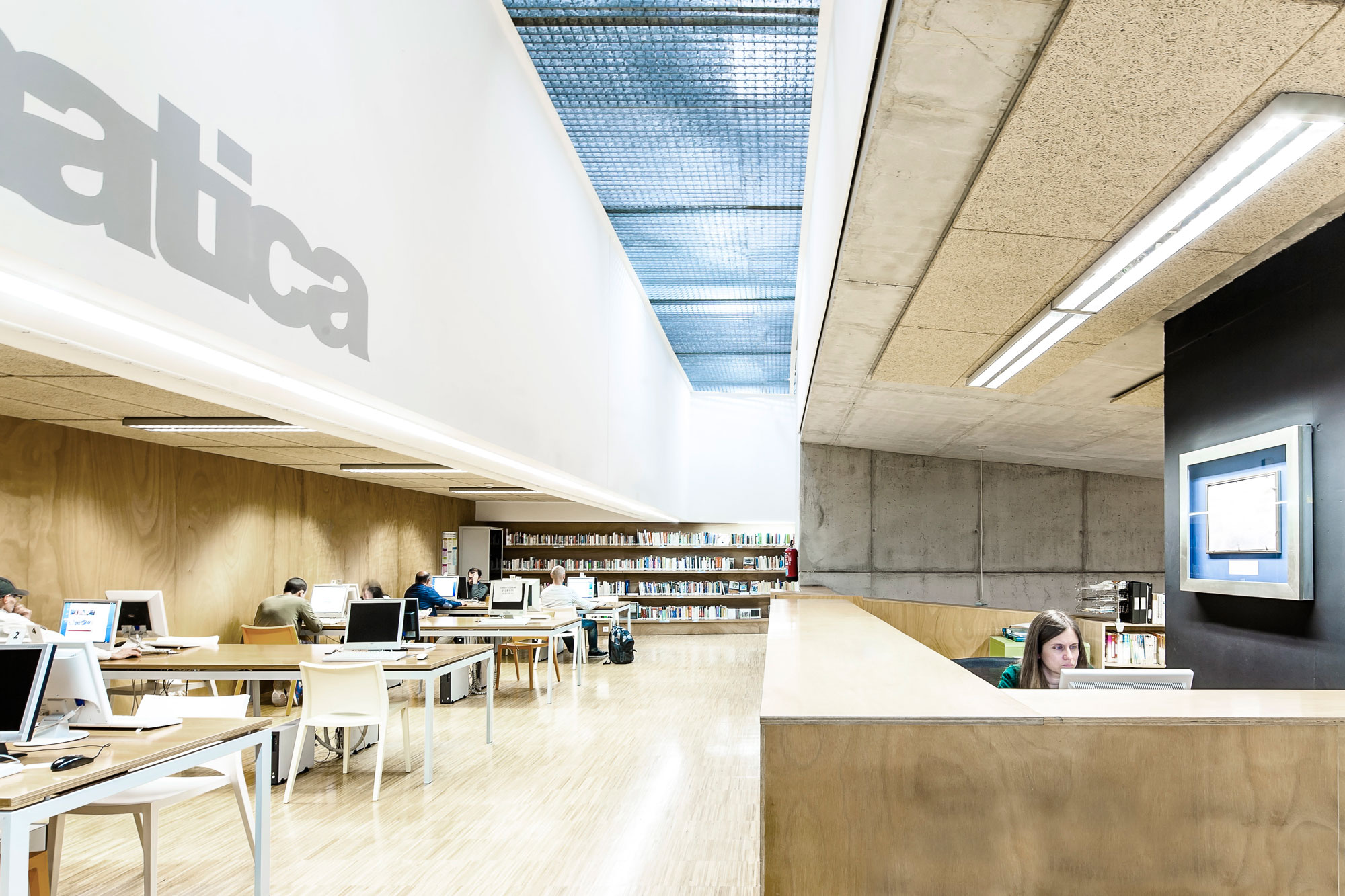 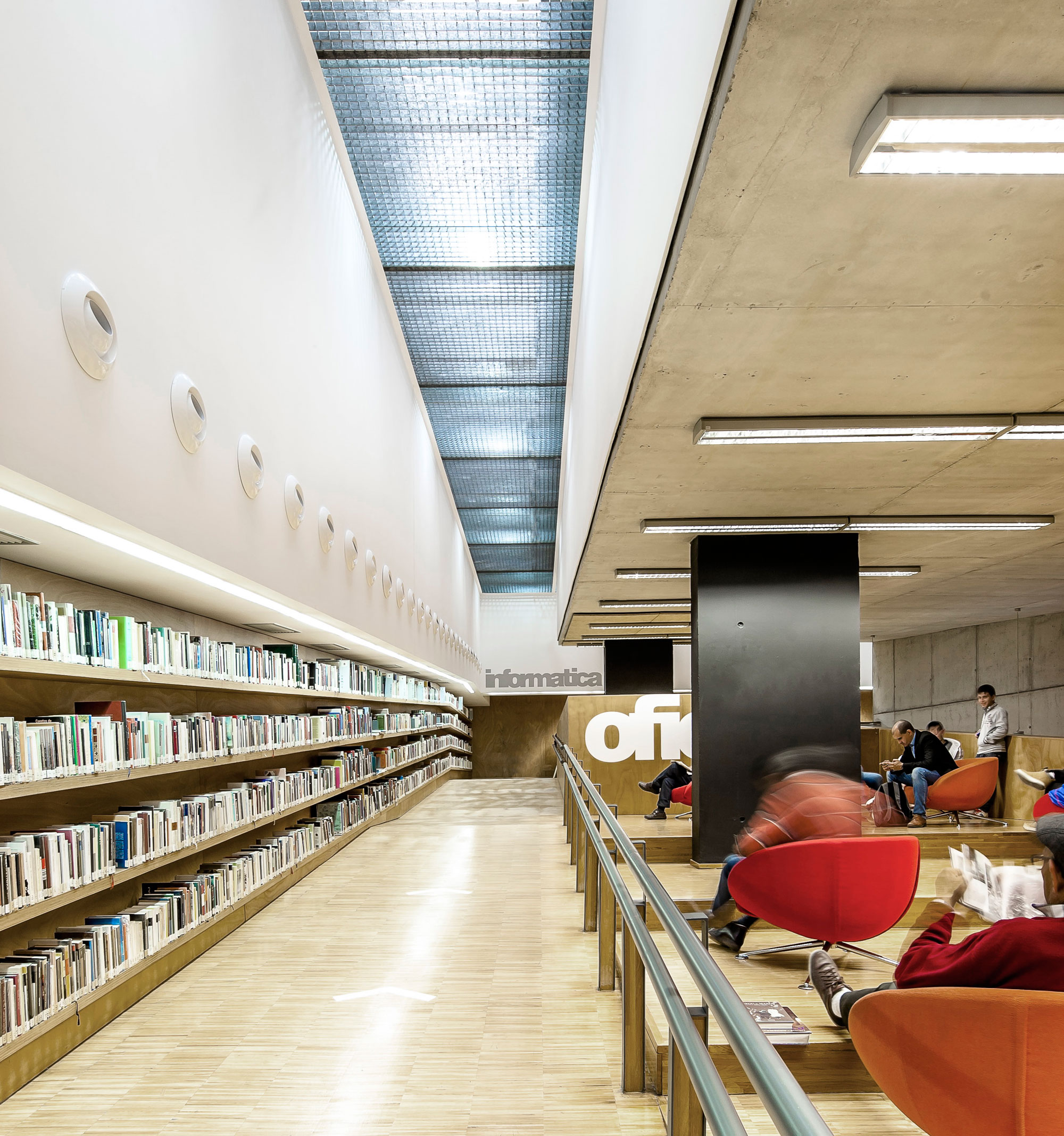 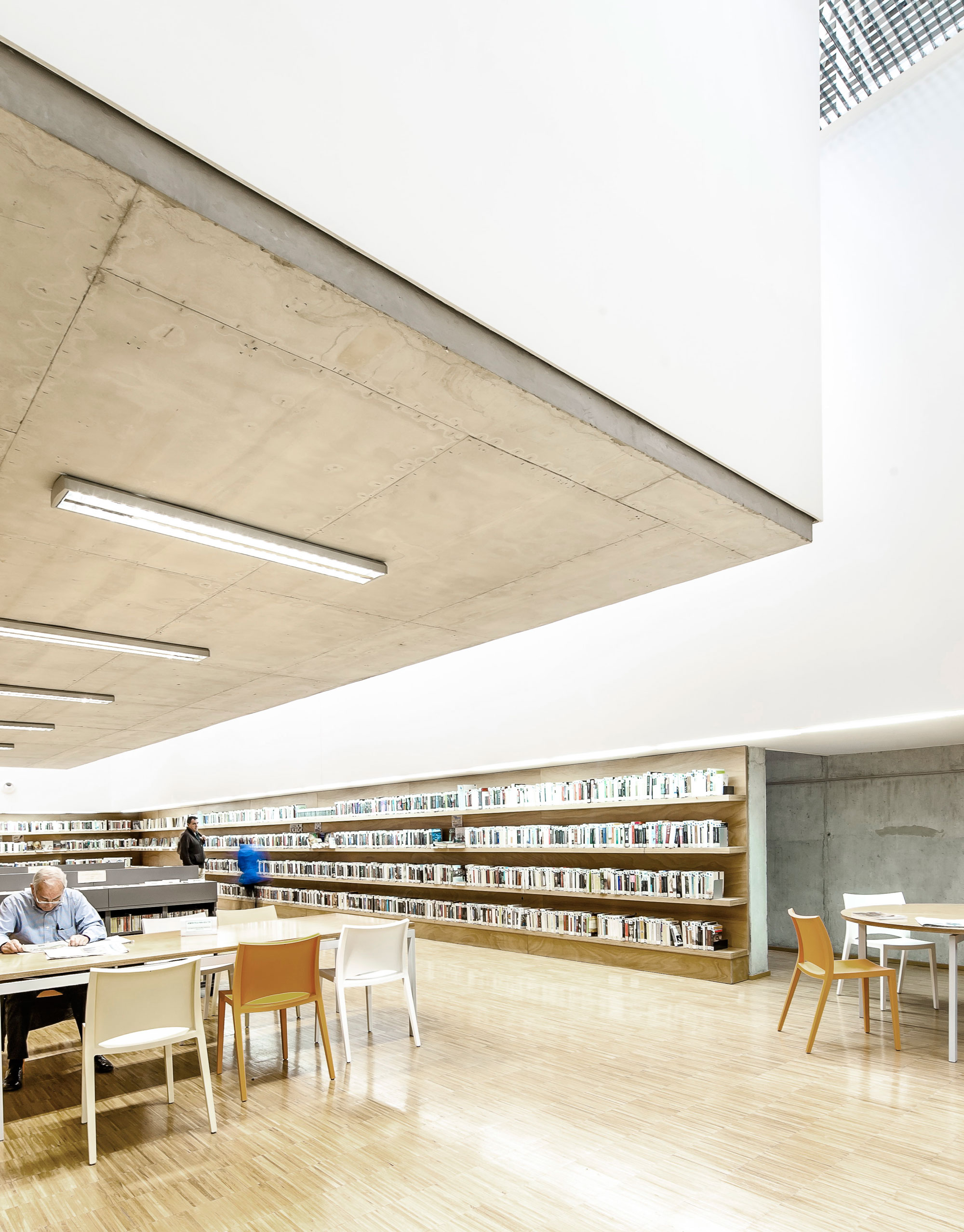 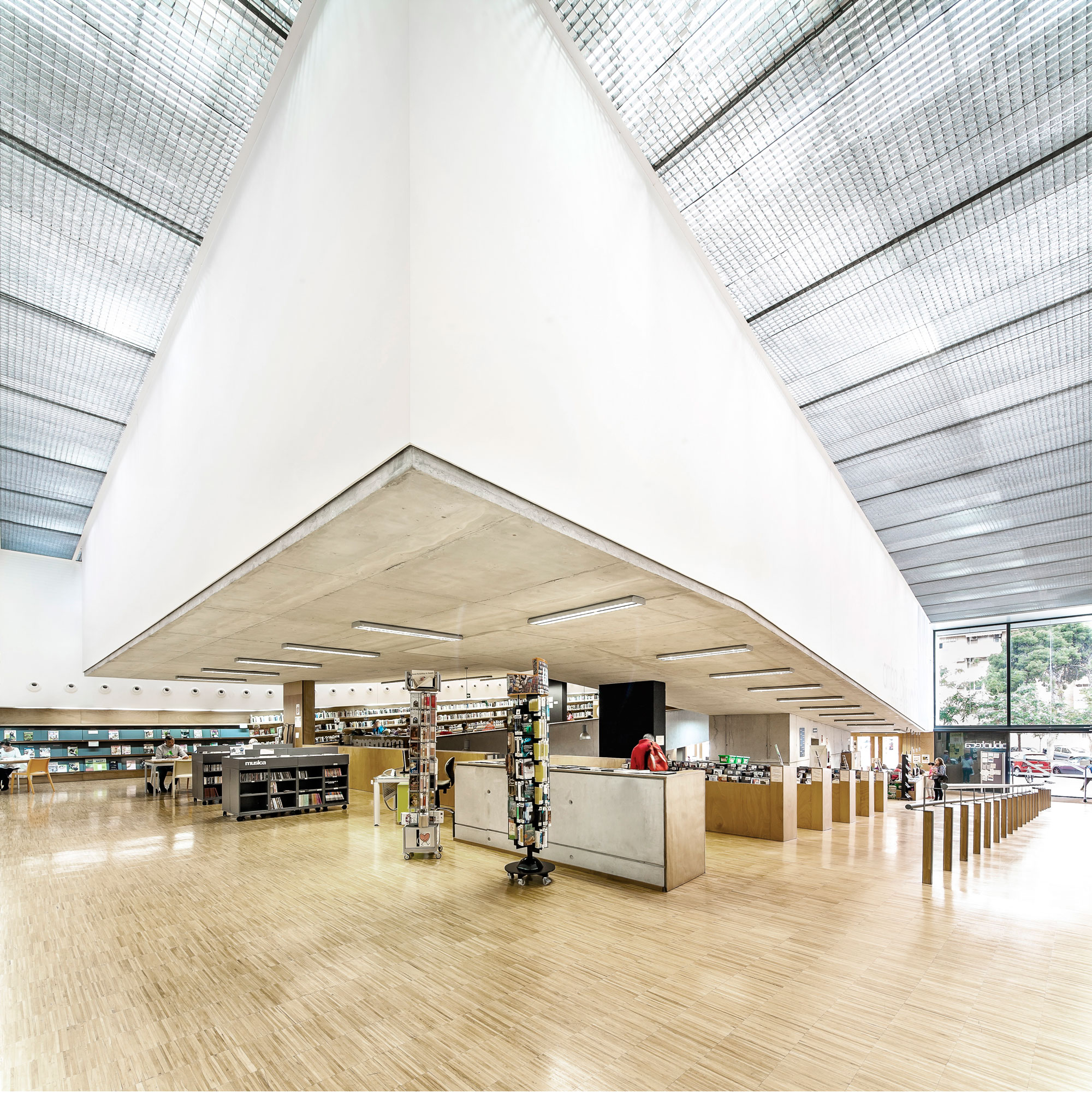 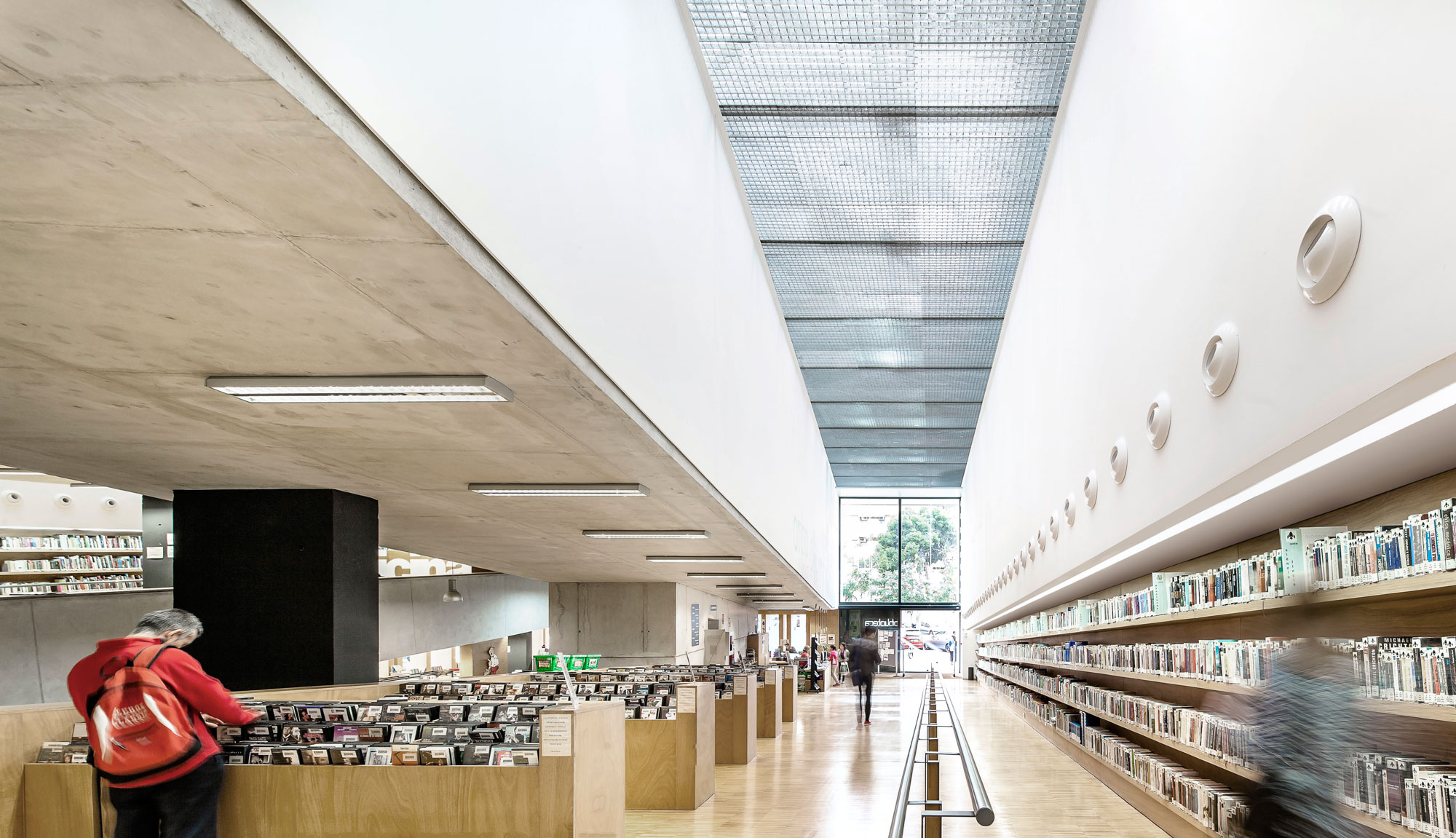 As a Statement of principles, the building is separated from its neighbour and it appropriates physically and visually of the only interest of the environment: the public Green zone. With this gesture it’s tried to dote this new urban infrastructure with an own ENTITY and SINGULARITY, and at the same time, Revalorize the environment of the acting, that now our days constitutes a deserted space with no kindness.

It is therefore why we set from the beginning, an element that will give warmth to the zone, somewhere where social interaction will take place,a GENERATING LIFE SQUARE, that will be the reflection of the inside of the library, with the which it conforms an everything, as the scale that the building possess respect to the environment isn’t enough to generate the life that its pretended that the place will gain. The library needs to join more, it needs a propitious environment to interact, somewhere to grow, the square emerges as the first gesture of the library, as THE FIRST INVITATION TO THE CULTURE.

The building is travelled comfortably through its ramps of a sweat steepness, which supposes an advantage for the elderly users, disabled, and people with reduced movability, etc. And its easy to understand for the user, as it only has on path The building has been designed to dote it with flexibility during a minimum period of twenty years’ time, with the possibility of elaborating changes in function to the new necessities that will emerge with the pass of time.

The functioning scheme of the building situates the SPACE OF USE dumped on the central vacuum and it uses the edged wall, as a LARGE BASE OF book, computer stations, magazines, etc. STORAGE runs the circulations with it, beneath the natural light of the skylight, that always accommodate the circulations….also constituting use spaces, whereupon a greater advantaging of the surface is produced.