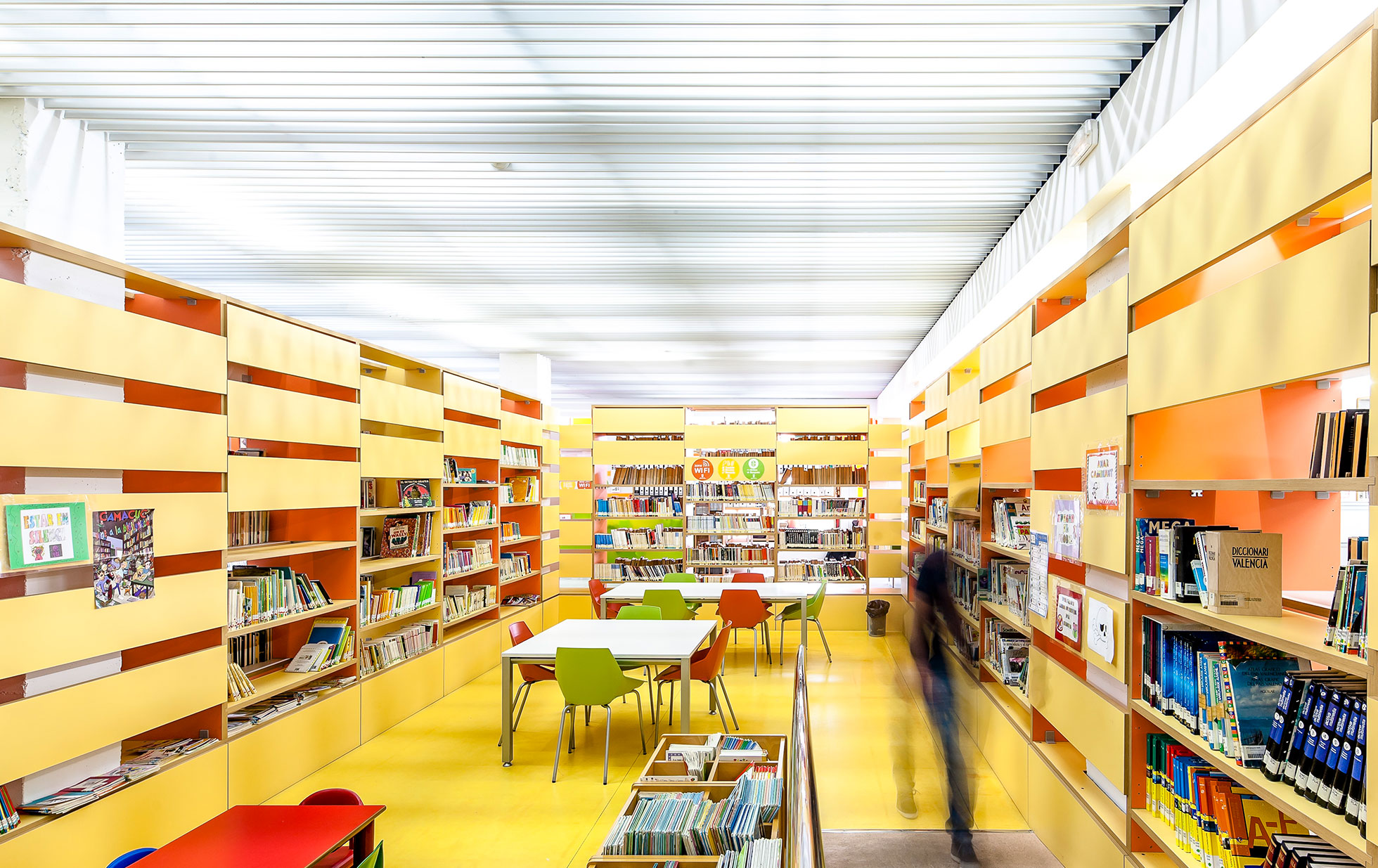 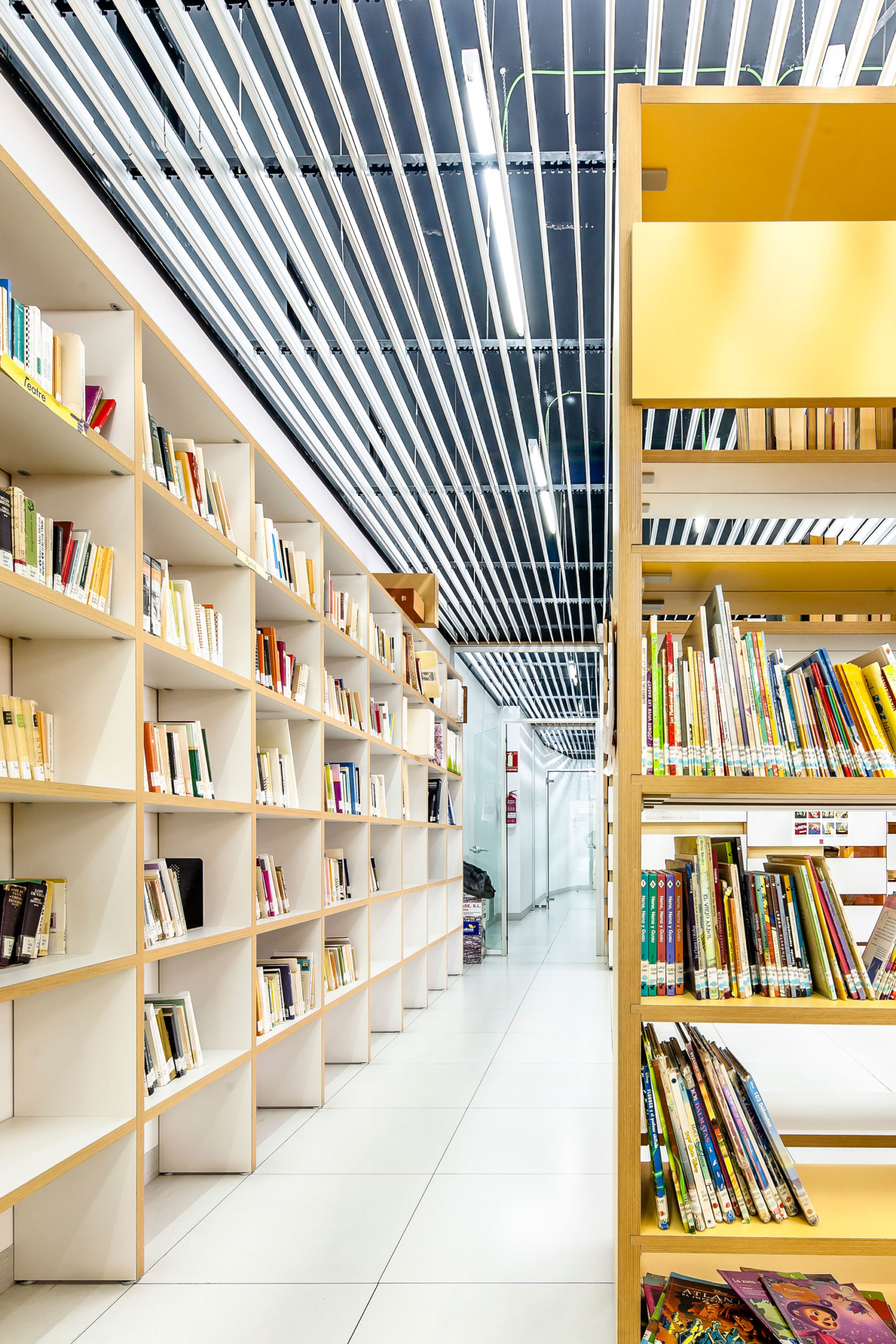 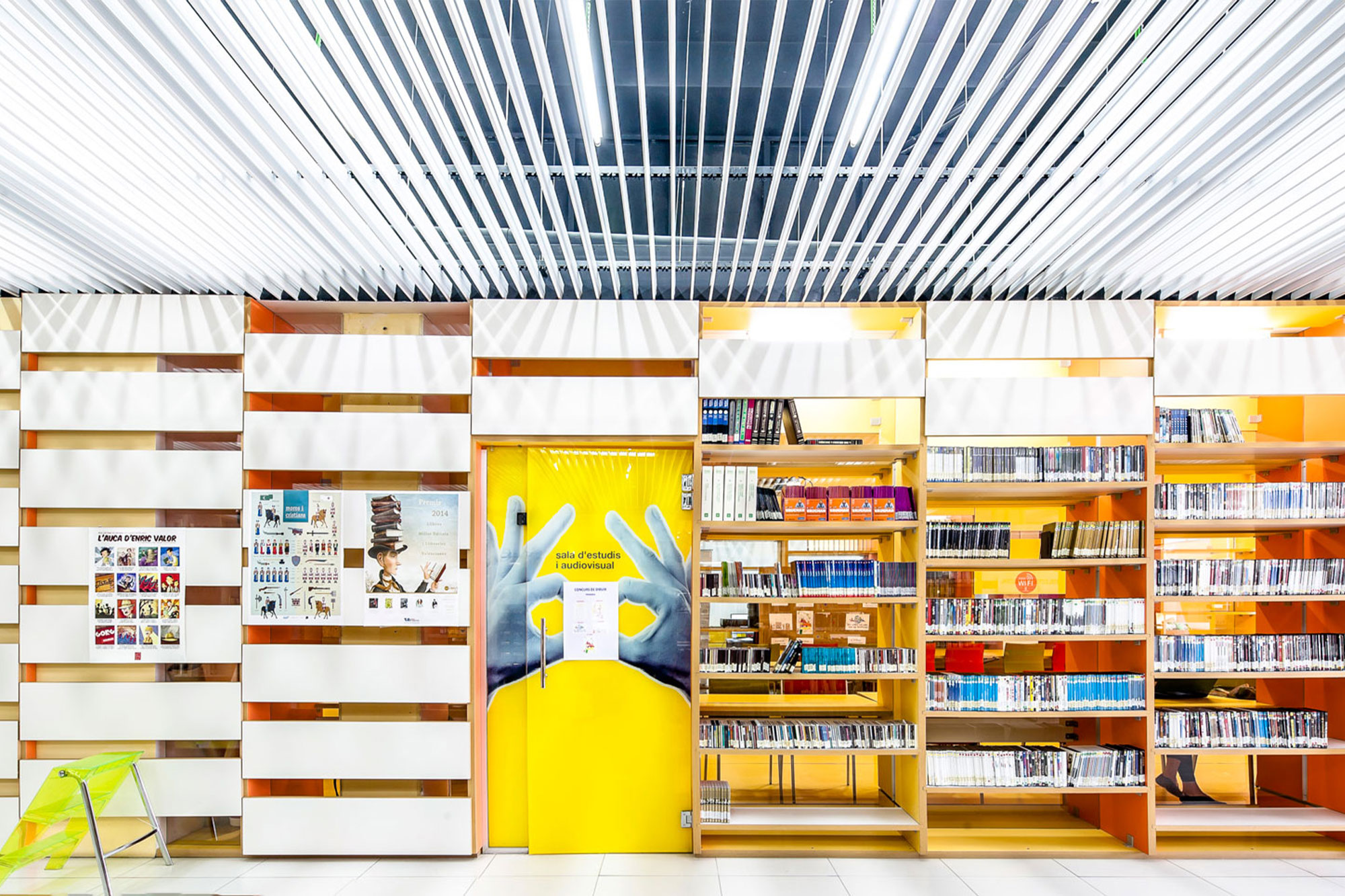 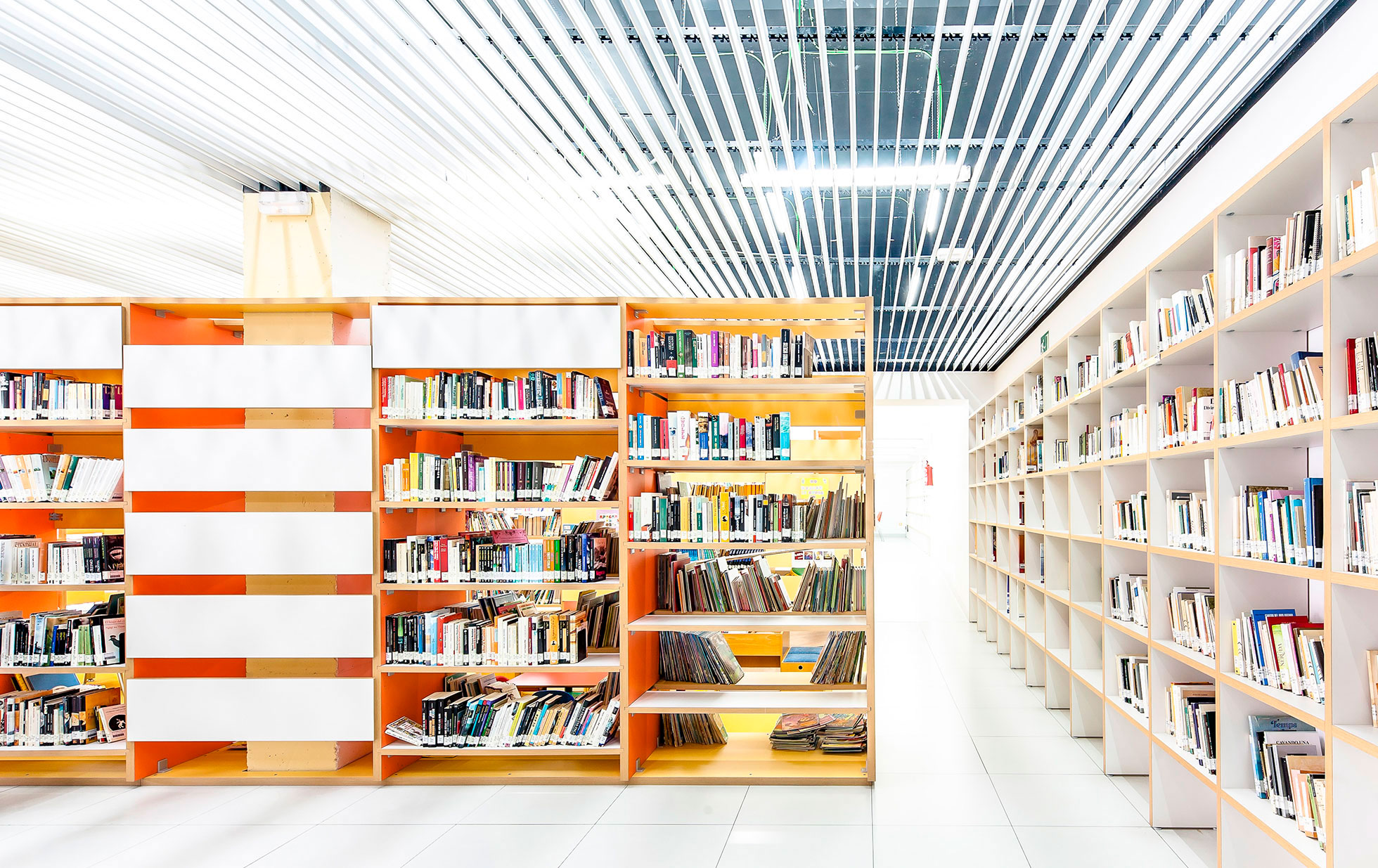 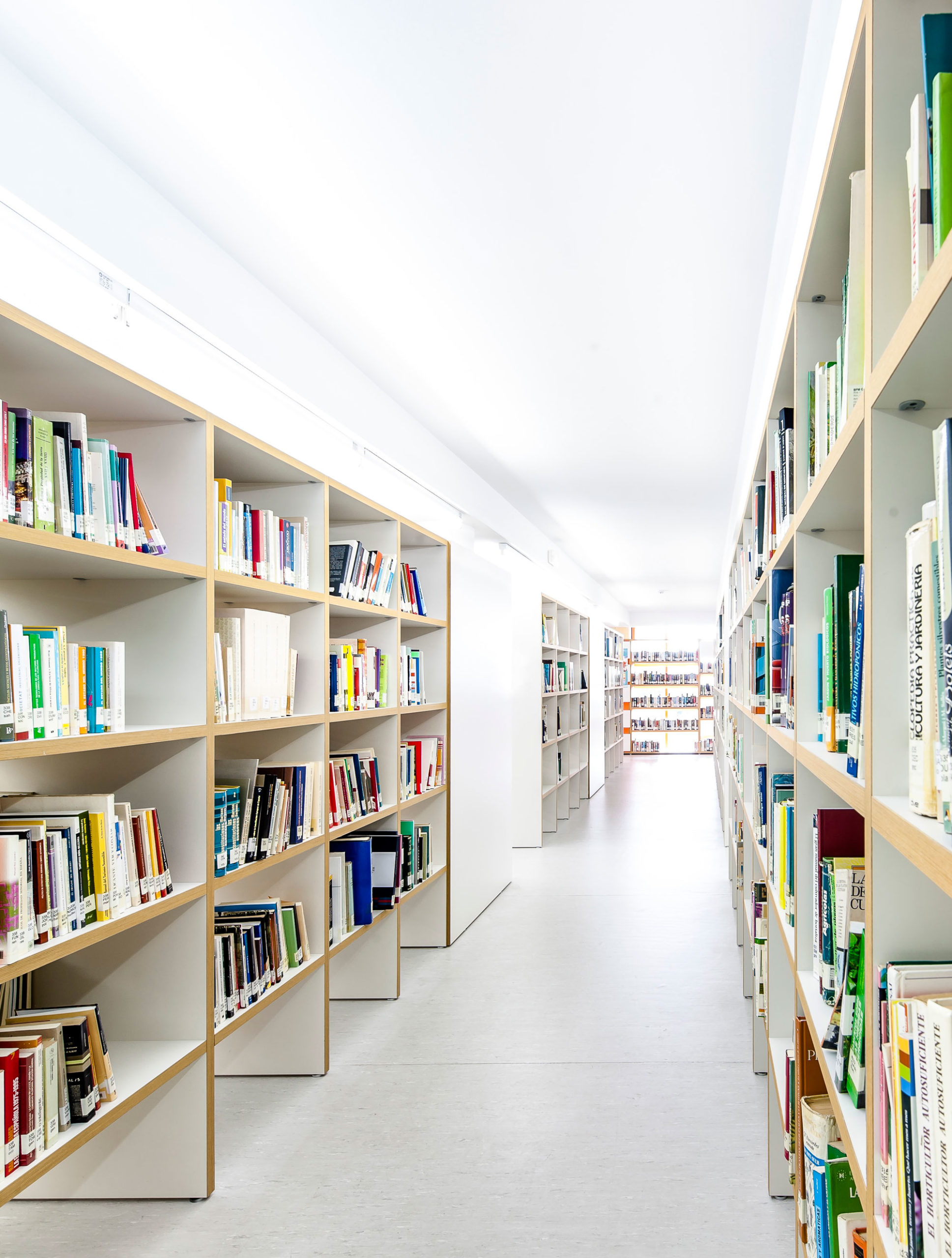 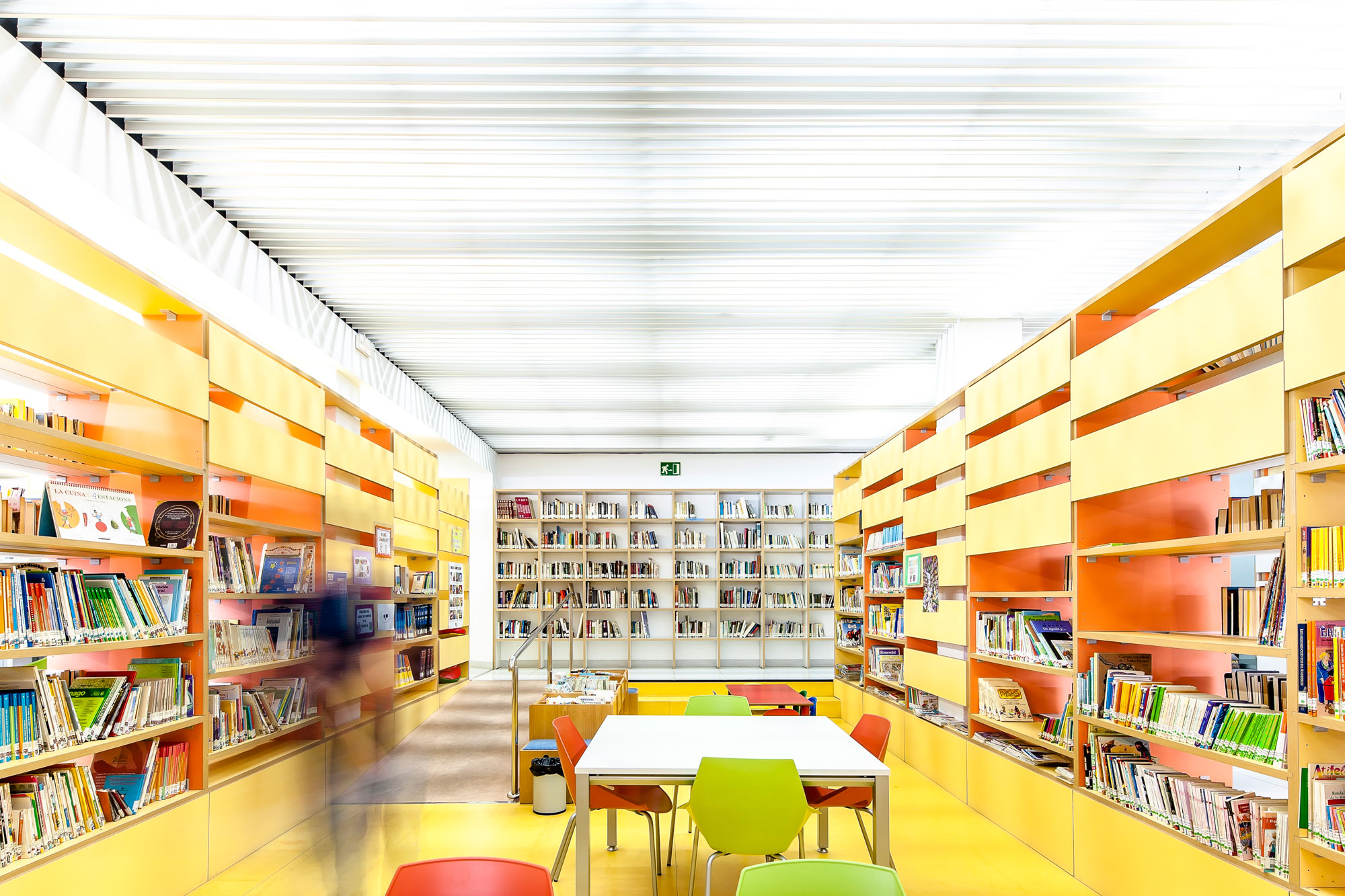 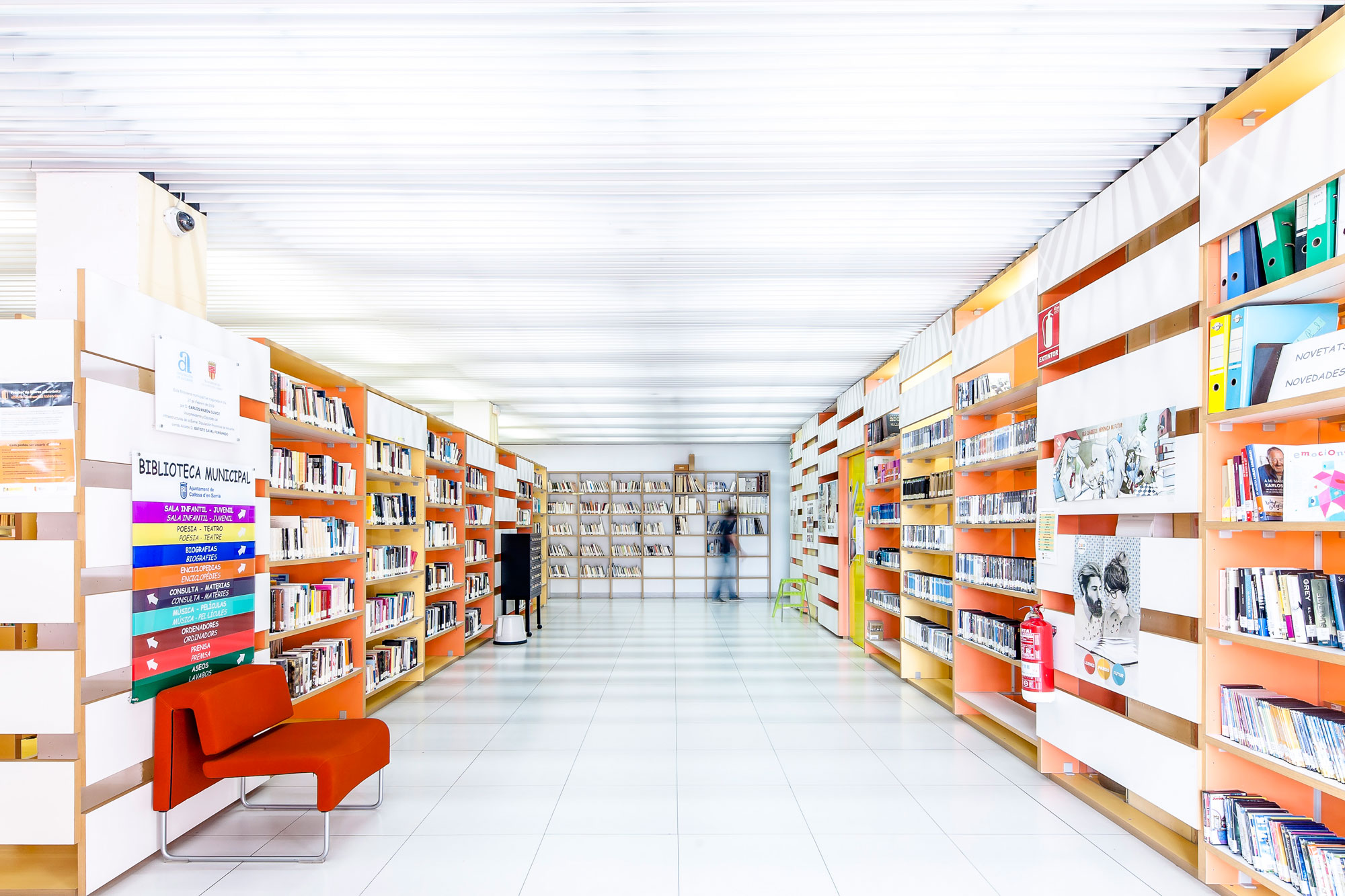 Refurbishment of the Civic Building in Callosa d'en Sarrià

In this ., it is the process which defines the idea of interior design . A bookstore that is raised in 30 days to then gradually disassemble it in line with its usage requirements. desmontable, es el proceso el que define la idea del diseño interior. Una librería que se monta en 30 días para desmontarla progresivamente a medida que su uso lo requiere.

With a highly limited construction timeframe, the decision was made to use a system of precast assembly systems. We believed that a sole simple element, 2,350 pieces of wood, would allow us to assemble floors, shelving, partitions, tables and ceilings in a period of 30 days. Finally, the factory was unable to supply the piece within the given timeframe, and so we decided on standard precast elements.

The project is based around a sizeable piece of furniture that adapts to the existing premises, defining therein the spaces and creating a new inner geometry that is both clean and constant.

The interior design of the library is defined through this piece that is capable of being transformed in line with the needs in terms of shelving, table, compartmentalisation, solar protection…