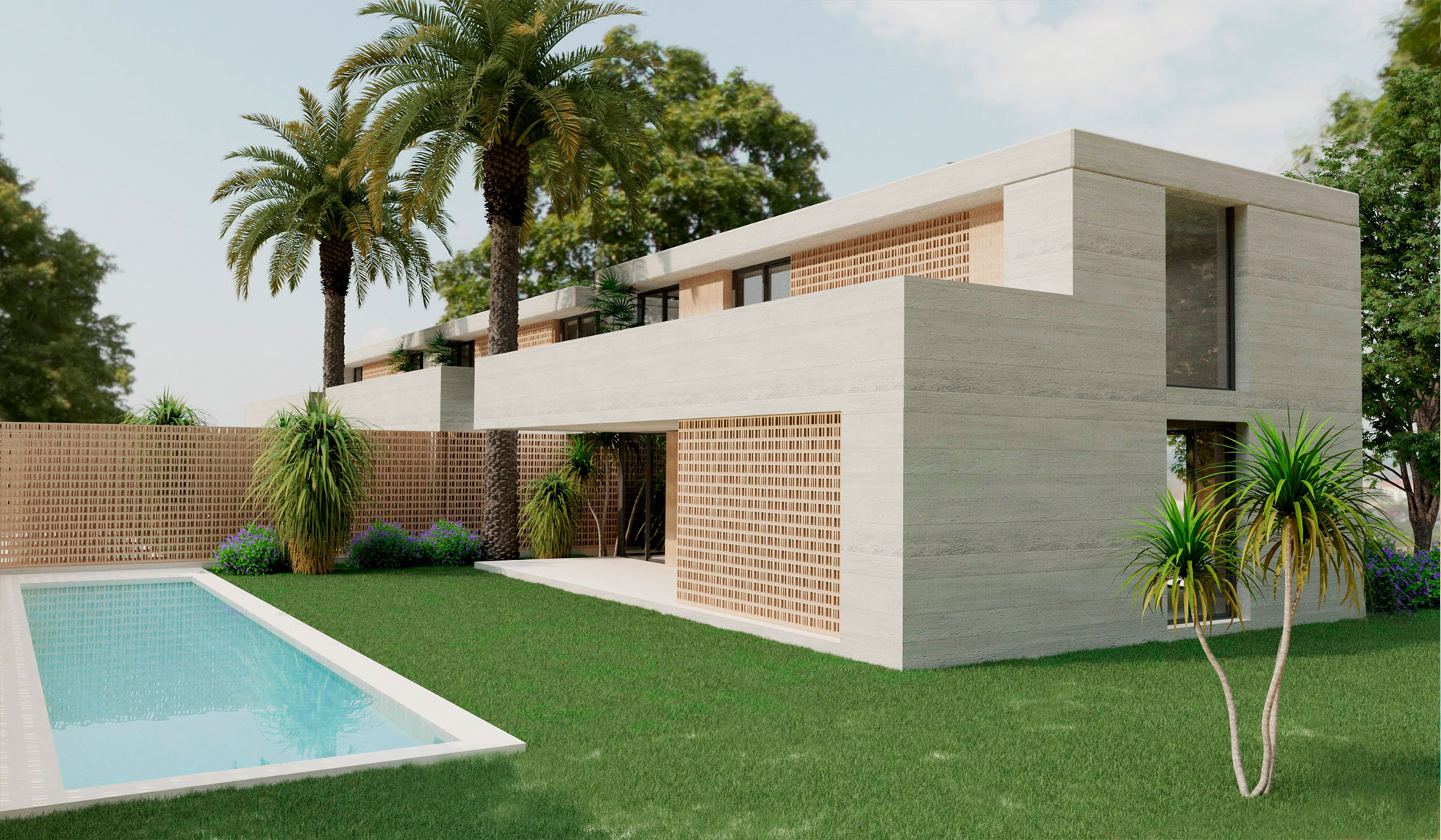 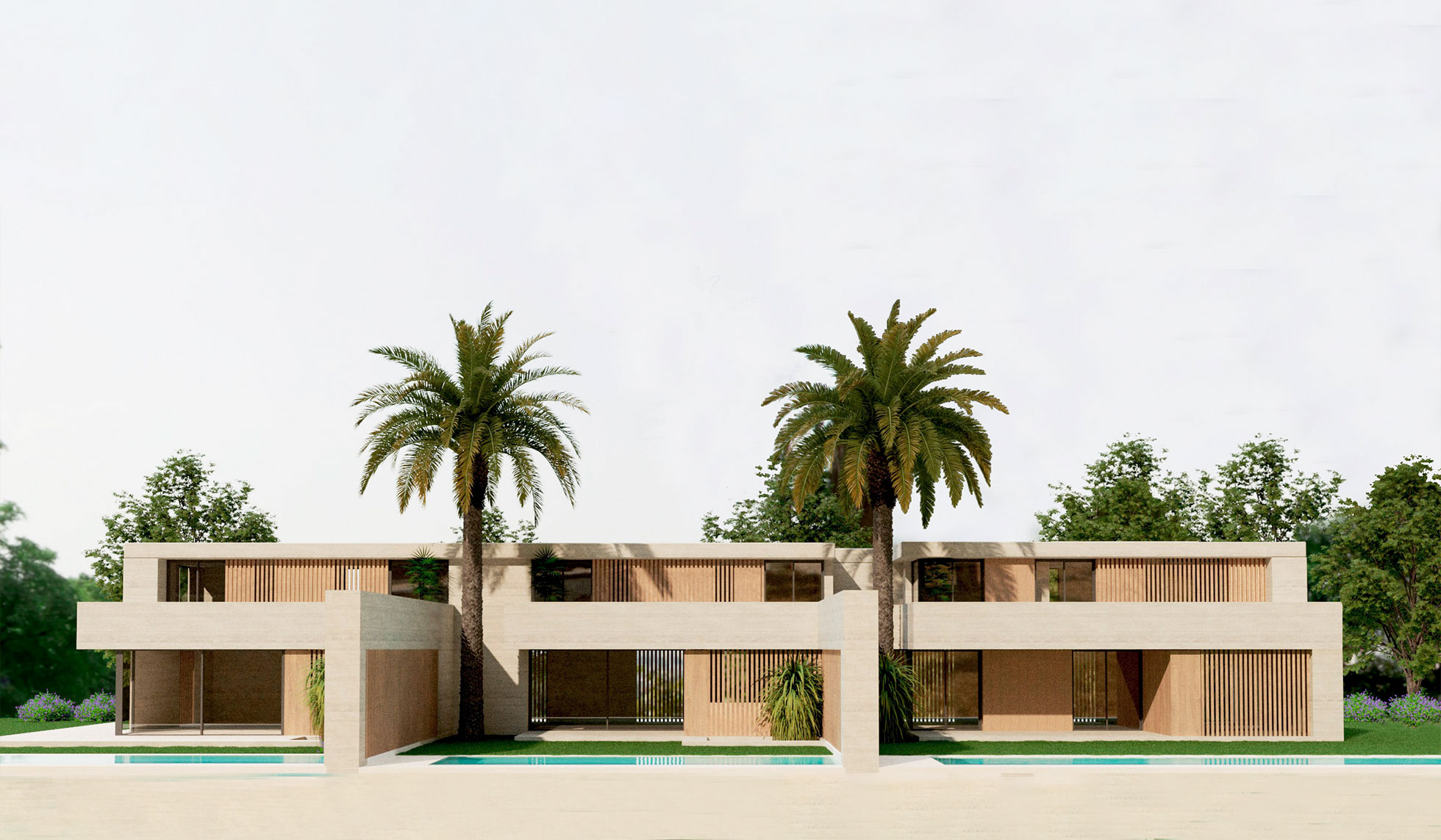 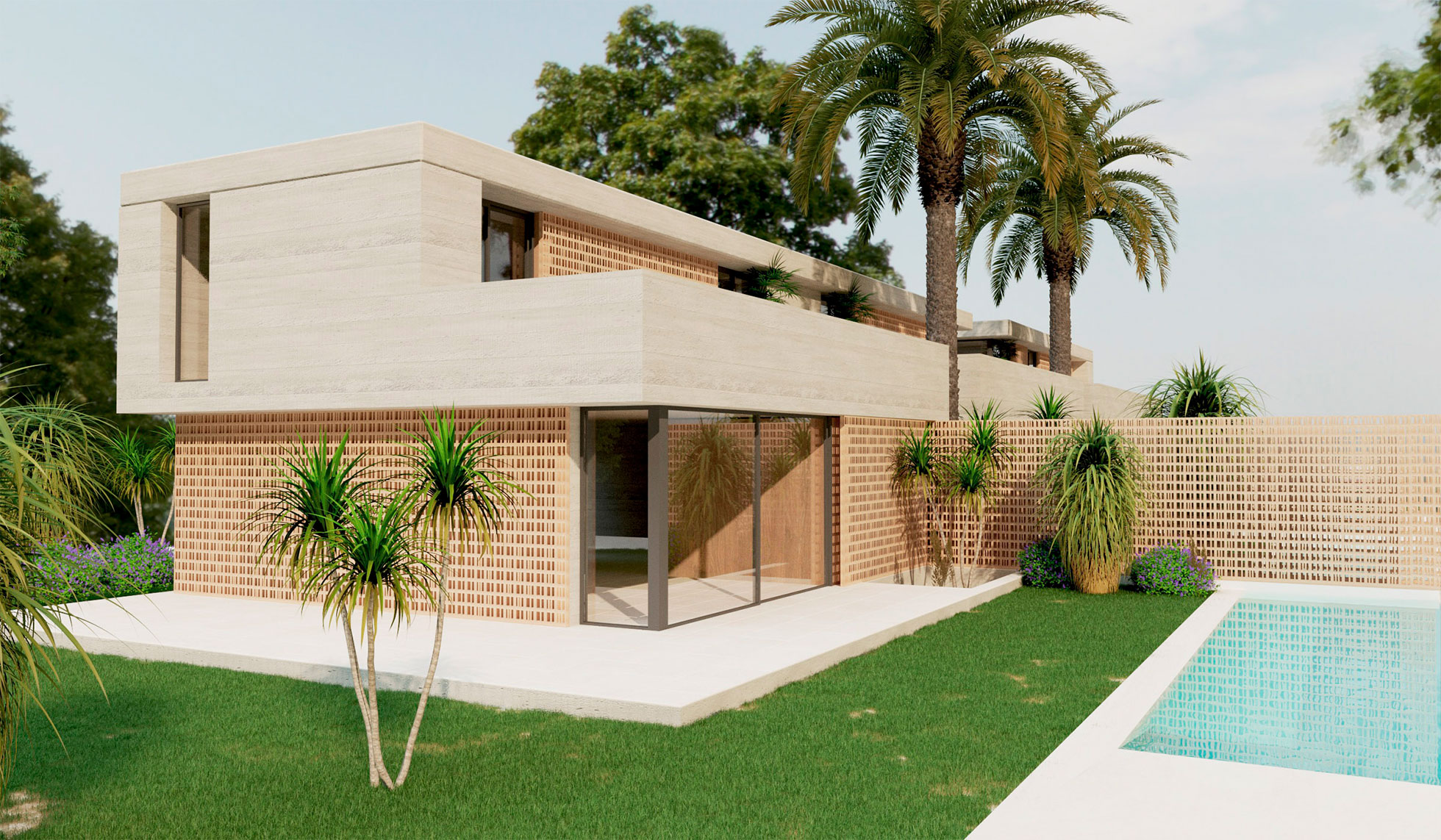 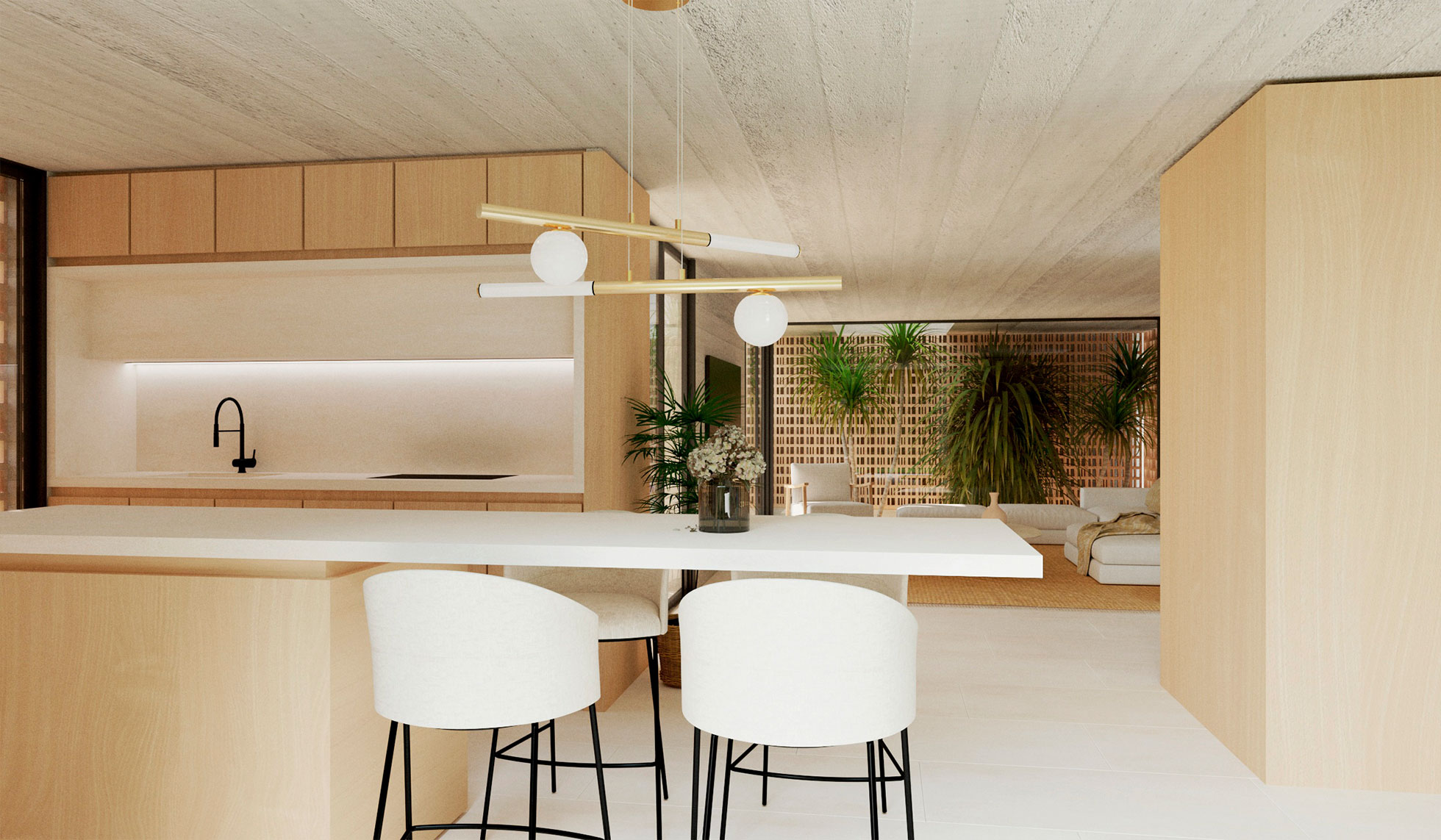 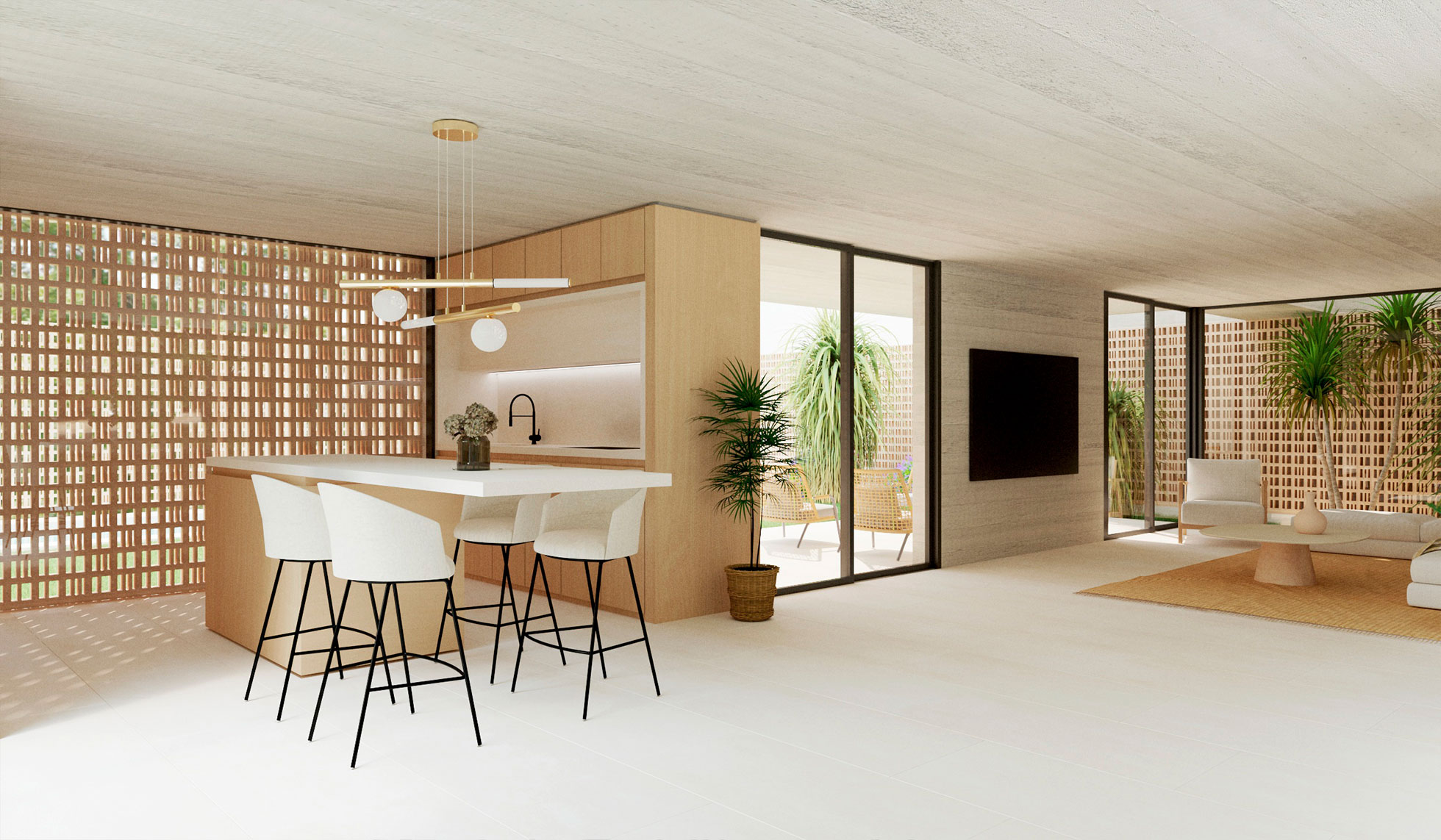 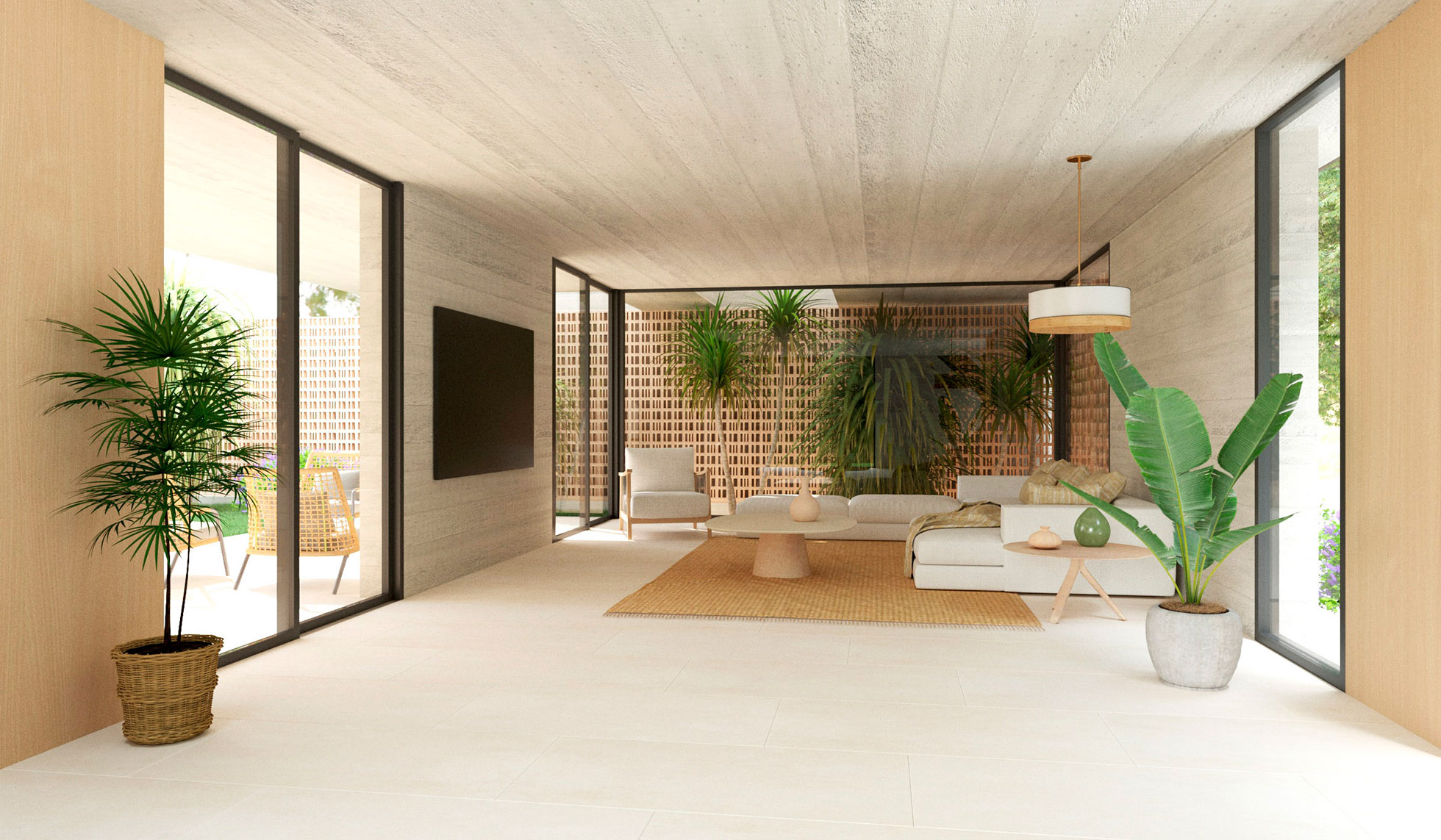 The Project "Cohousing Capiscol” is a family Project that parts of the decisions of three brothers to self-build their accommodations in a common property lot. It is about a project with a unit image and common organization scheme of the overall of all accommodations, but where every single unit conserves its own independence and responds especially to the particular necessities of each owner.

Minimum program of the ground floor

In an associated distribution, the quality compared with other constructive types, you get the possibility of enjoyment and amplitude of the outside space.

Latent program of the basement

The construction in the basement is more economic and allows the realization of more non-essentialsurface that can attack different conformities of the economic and familiar situation. A basement is set with an english patio and open stairs so that the ventilation and illumination has a good quality.

Adaptability of the accommodations

The optimal distribution, longitudinal from North-south, allows to maximum amplitude, sunshine and independence between the Accommodations. The access, with the orientation to the west, will be a gardening space with trees that protect of the suns incidence and serve to access and parking space. On the east side the living space is left linked to the pool area and the day timezone of the ground floor. The accommodation resets everything possible in the superior floor to get thrown at the minimum of shadows in this zone and get the maximum of the sunlight.

This facade opens up to getting the maximum sunlight profit on the opposite to the other facade that presents minimal holes and verticals for a major protection.