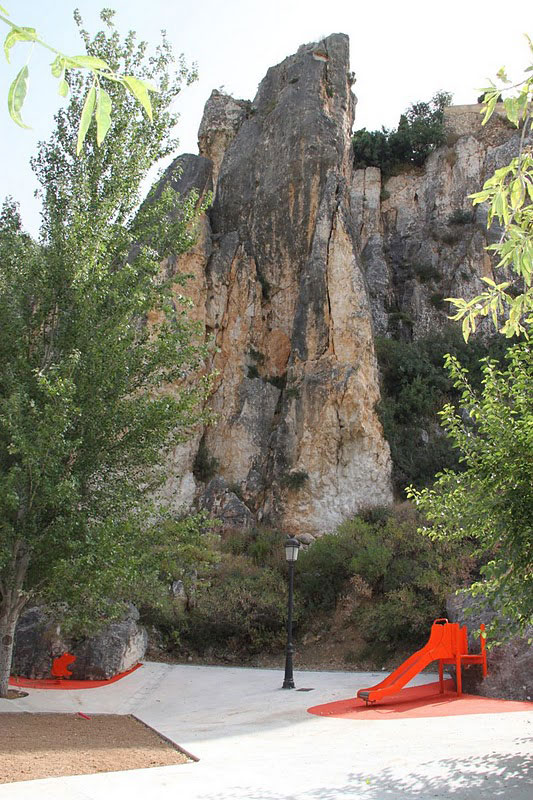 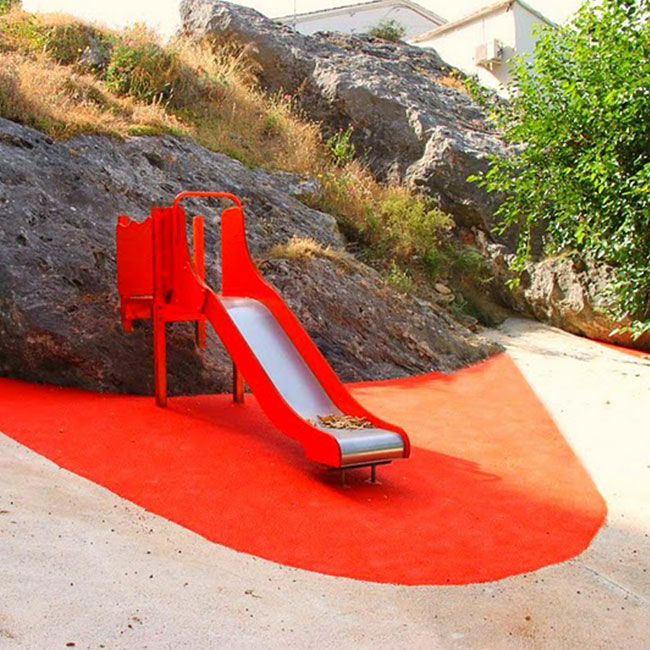 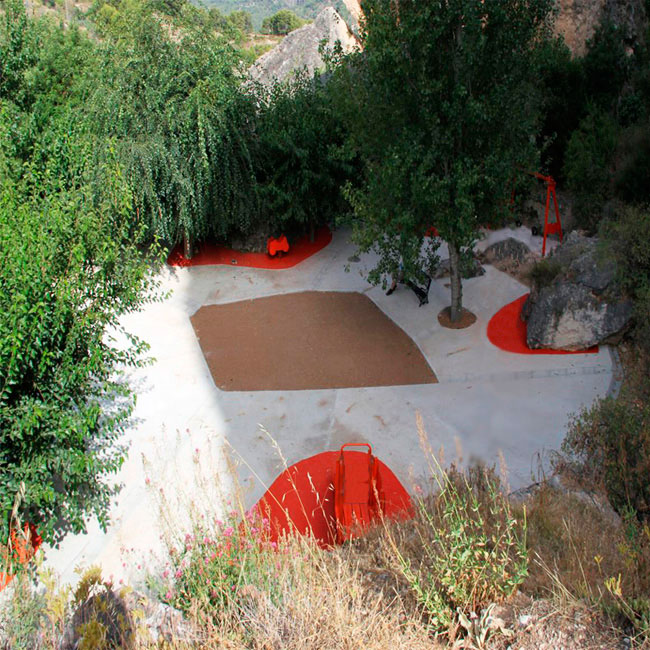 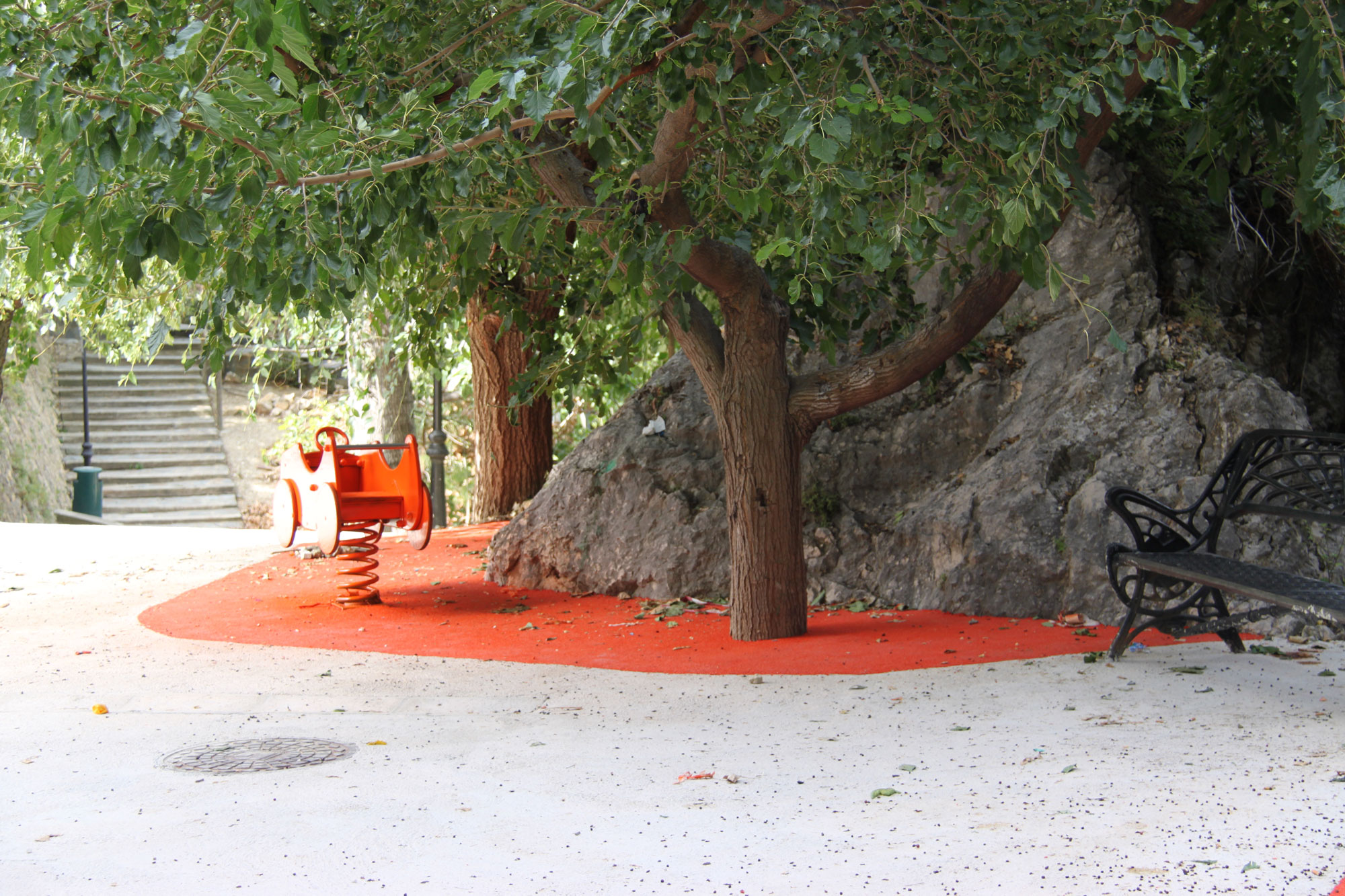 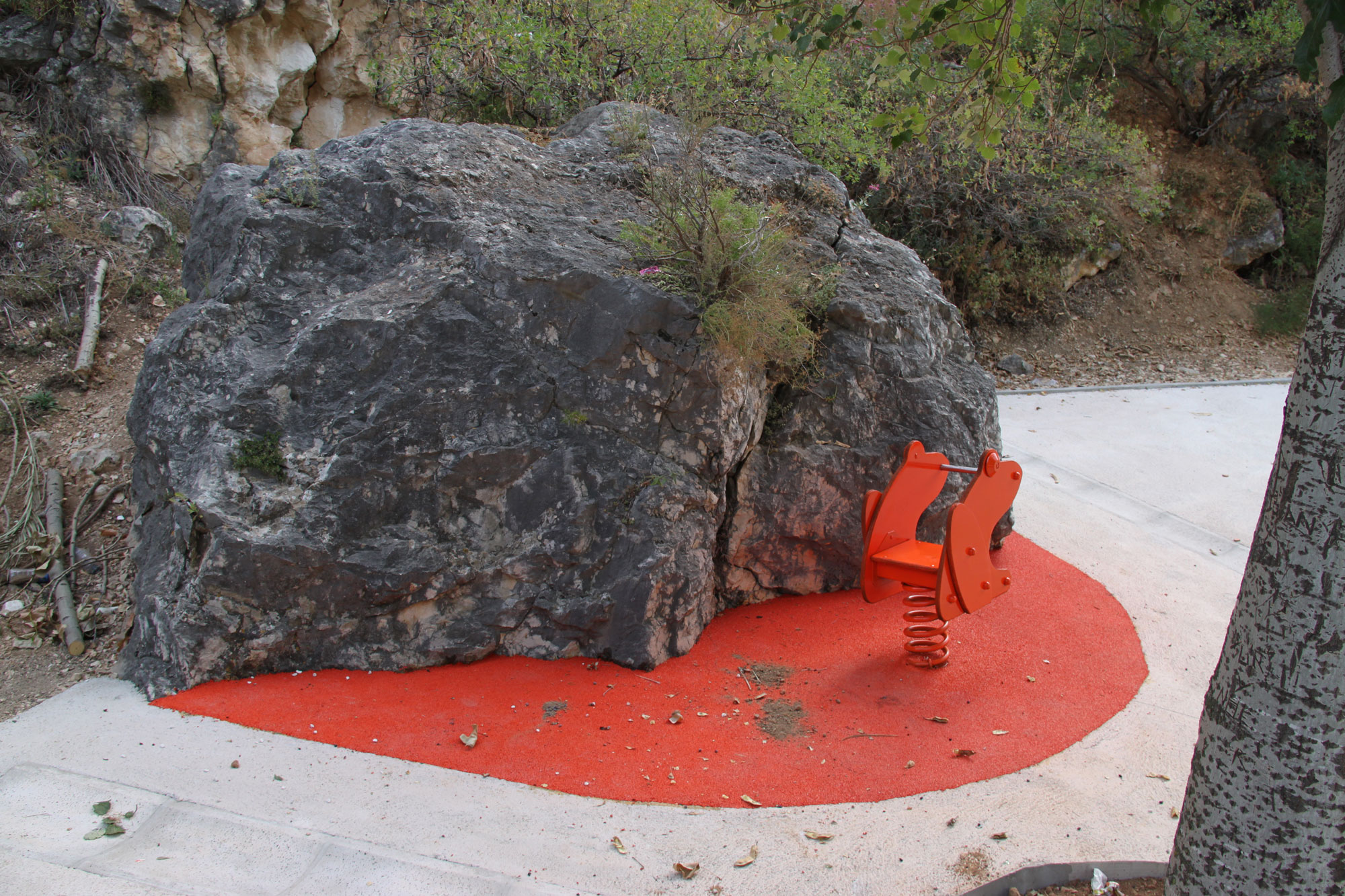 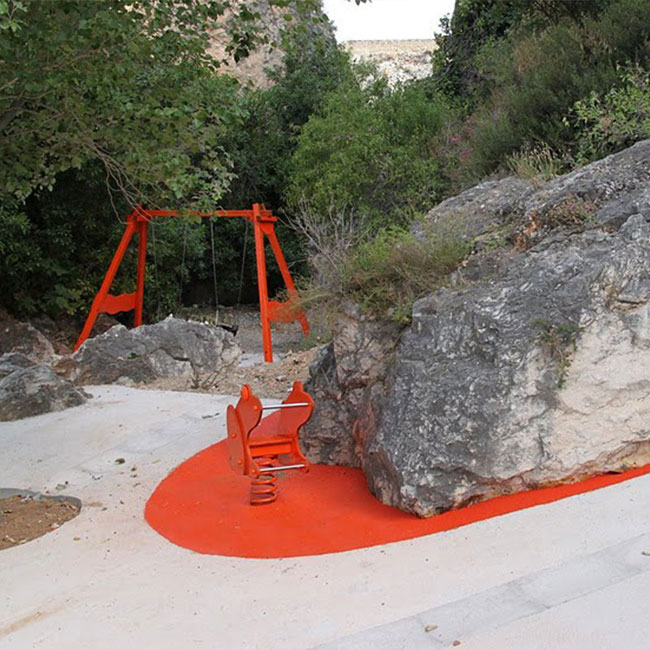 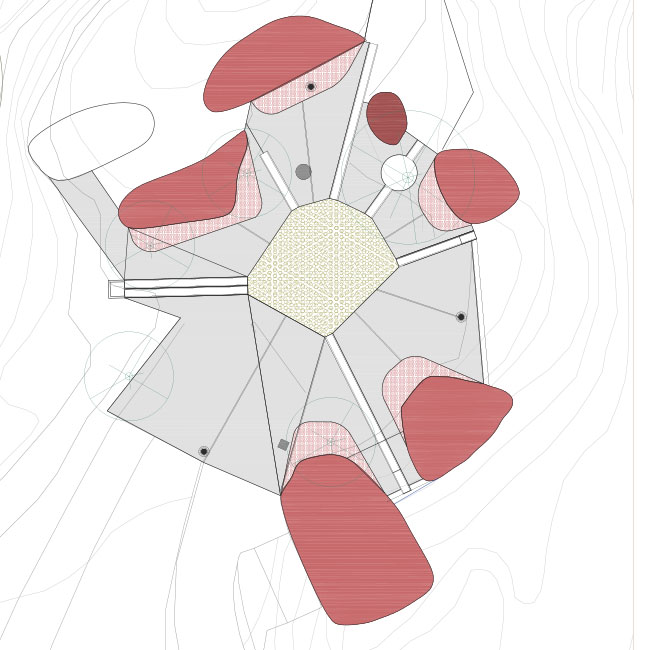 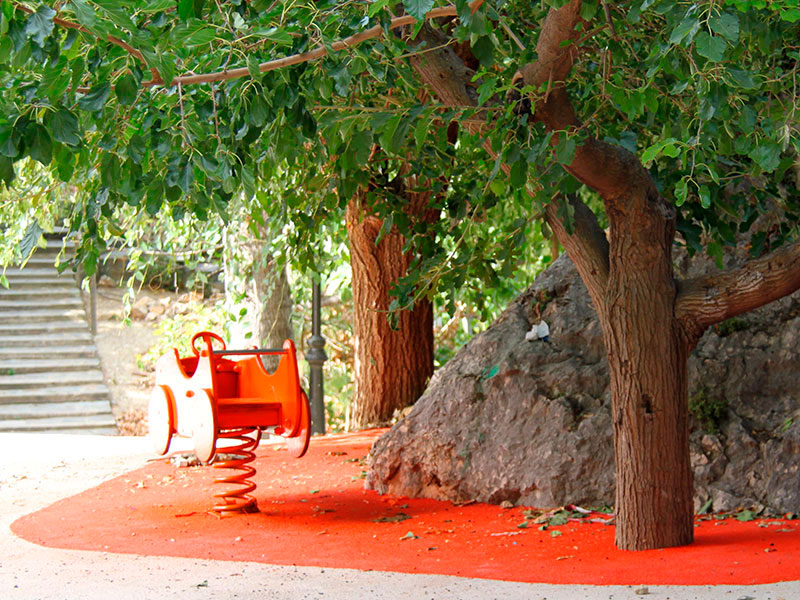 Environmental recovery of a children's playground in Guadalest

The project entailed the restoration of the park located in Morà, a small area set aside for children’s play in town of Guadalest, hidden between its characteristic rocky outcrops.

With a notably scant budget, it crossed our minds that the boulders that surrounded this space seemed like a much more interesting playing field that common or garden swings, and to mark its boundaries, the safety pavement was laid around these stones, thus stressing their importance and belonging to the park.

The paving was made from concrete through which runoff water drains. There is a small central area where all the pipes and flumes converge expect for one, which drives the leftover water into the gully, so devised to undertake the “green battle” that will serve to make the garden flourish.

The project is basically summed up in this paving, all the furniture and other elements are reused from the previous park.

In the park itself, on August 14, 2010, the green battle was held,an event attended by around 200 people and several news outlets. The venture was deemed a resounding success, both by those interviewed, as well as the representatives of the Guadalestlocal council.