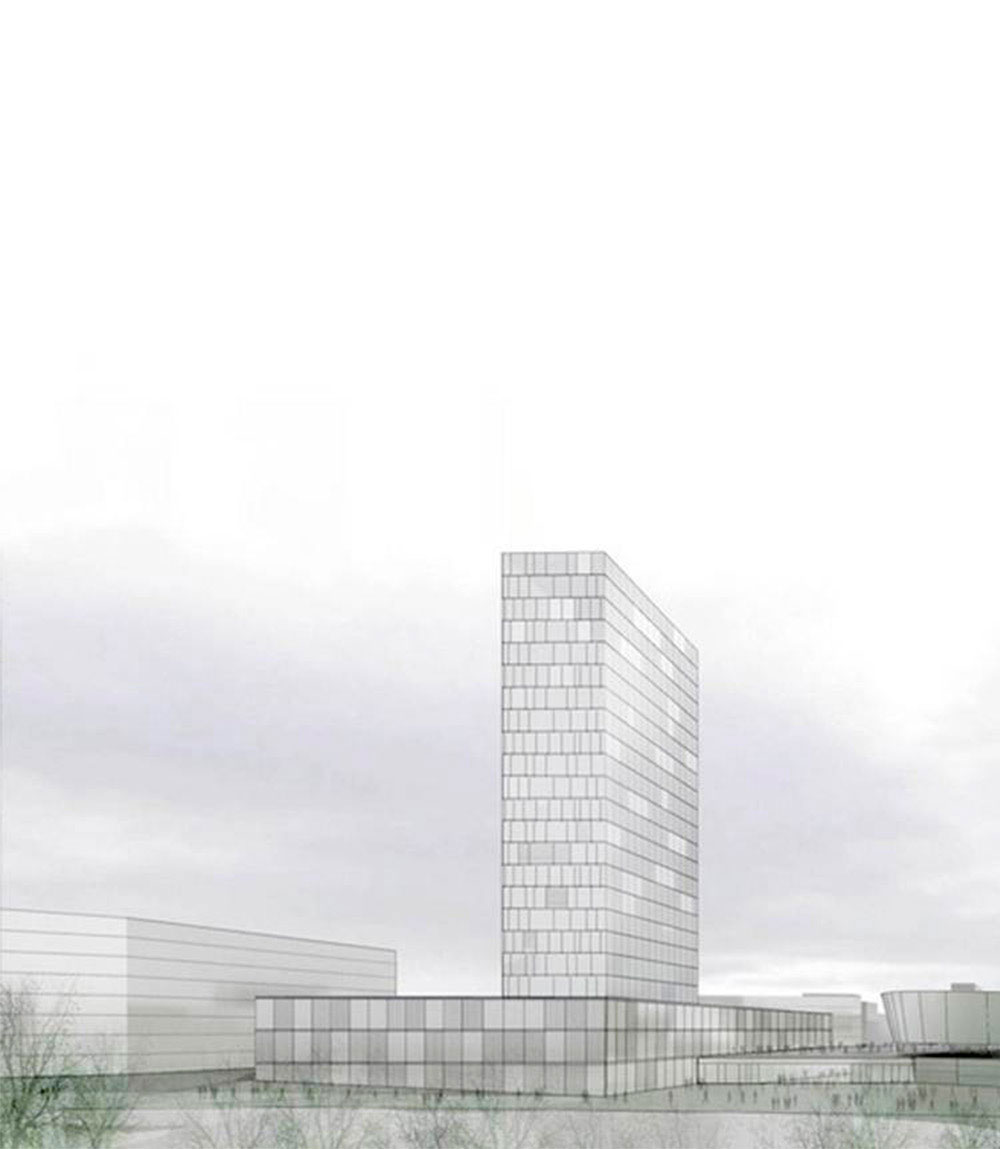 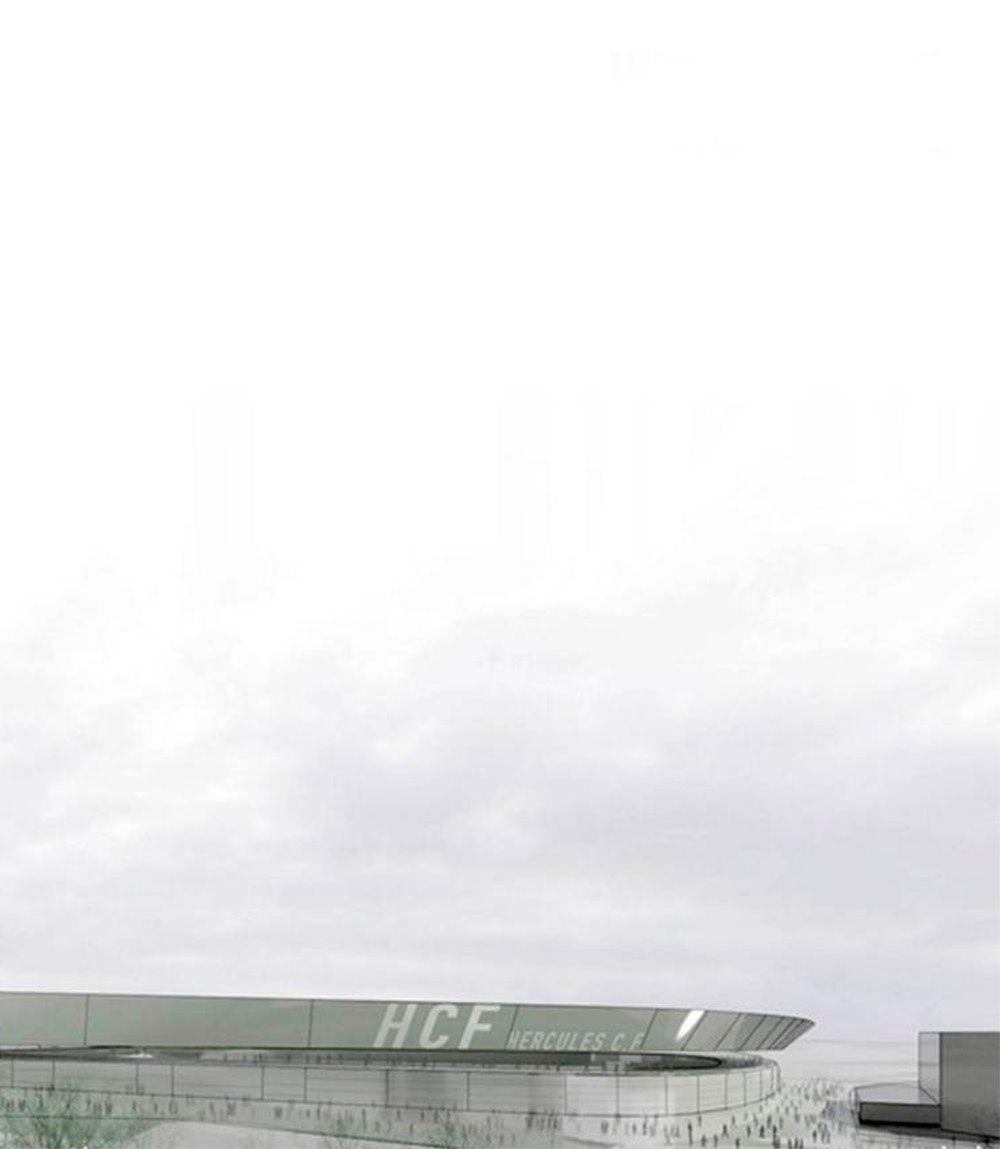 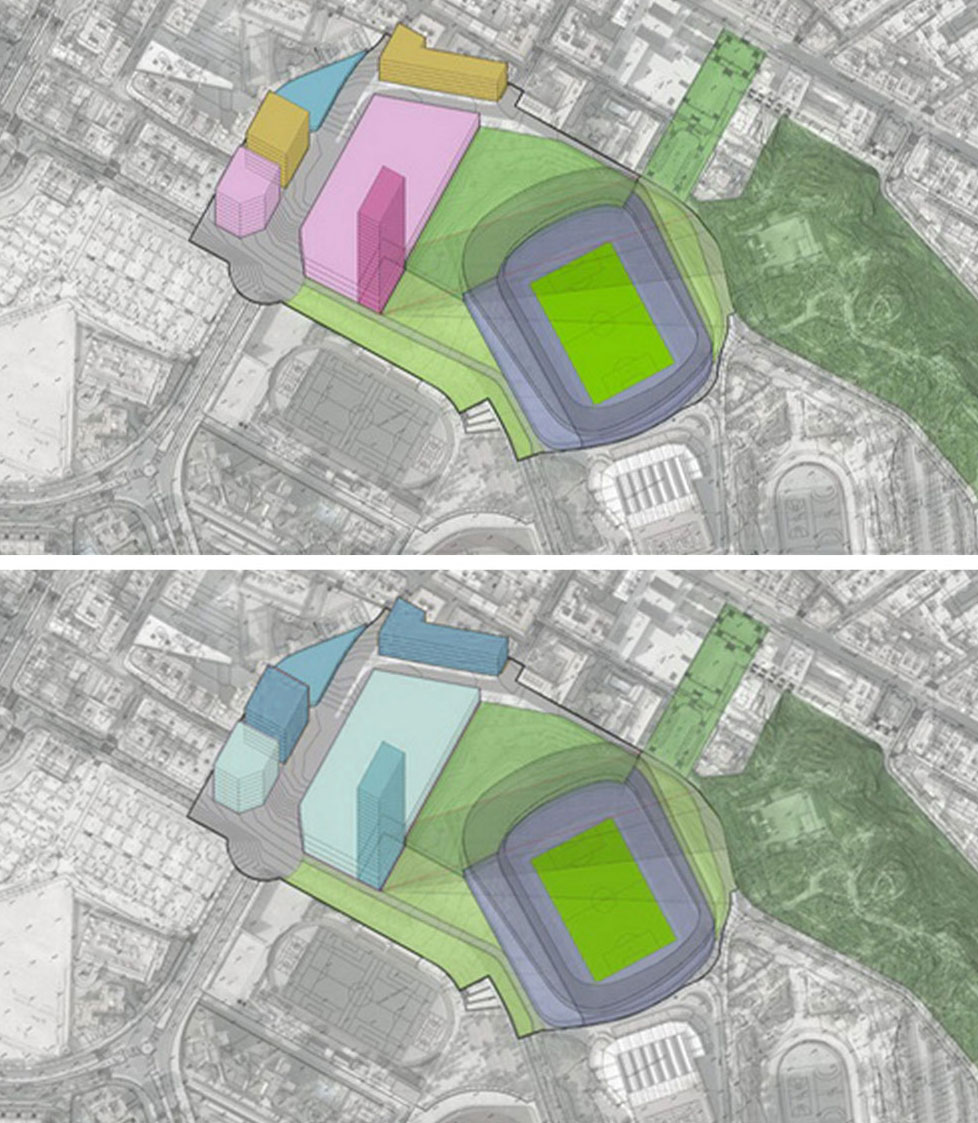 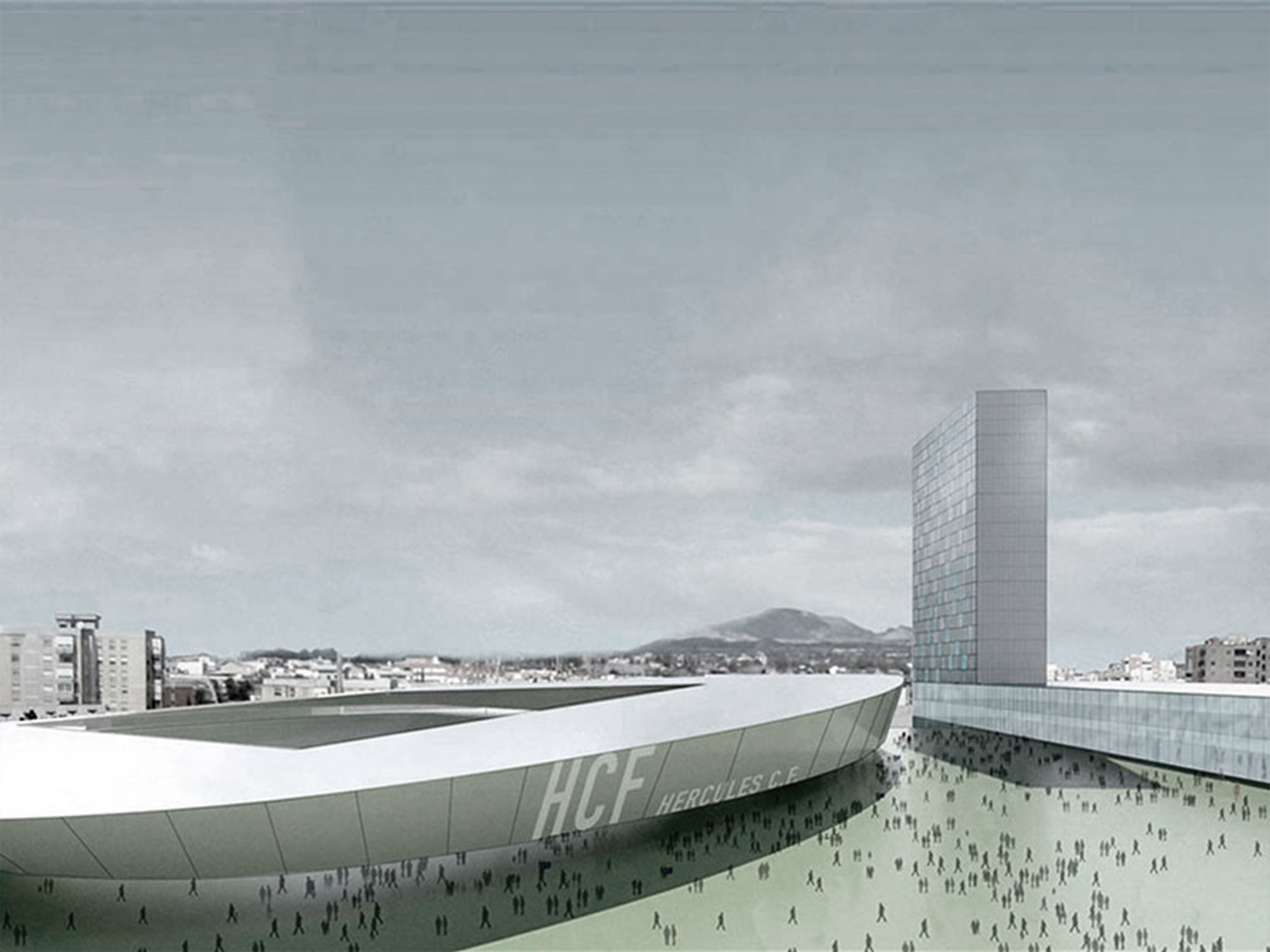 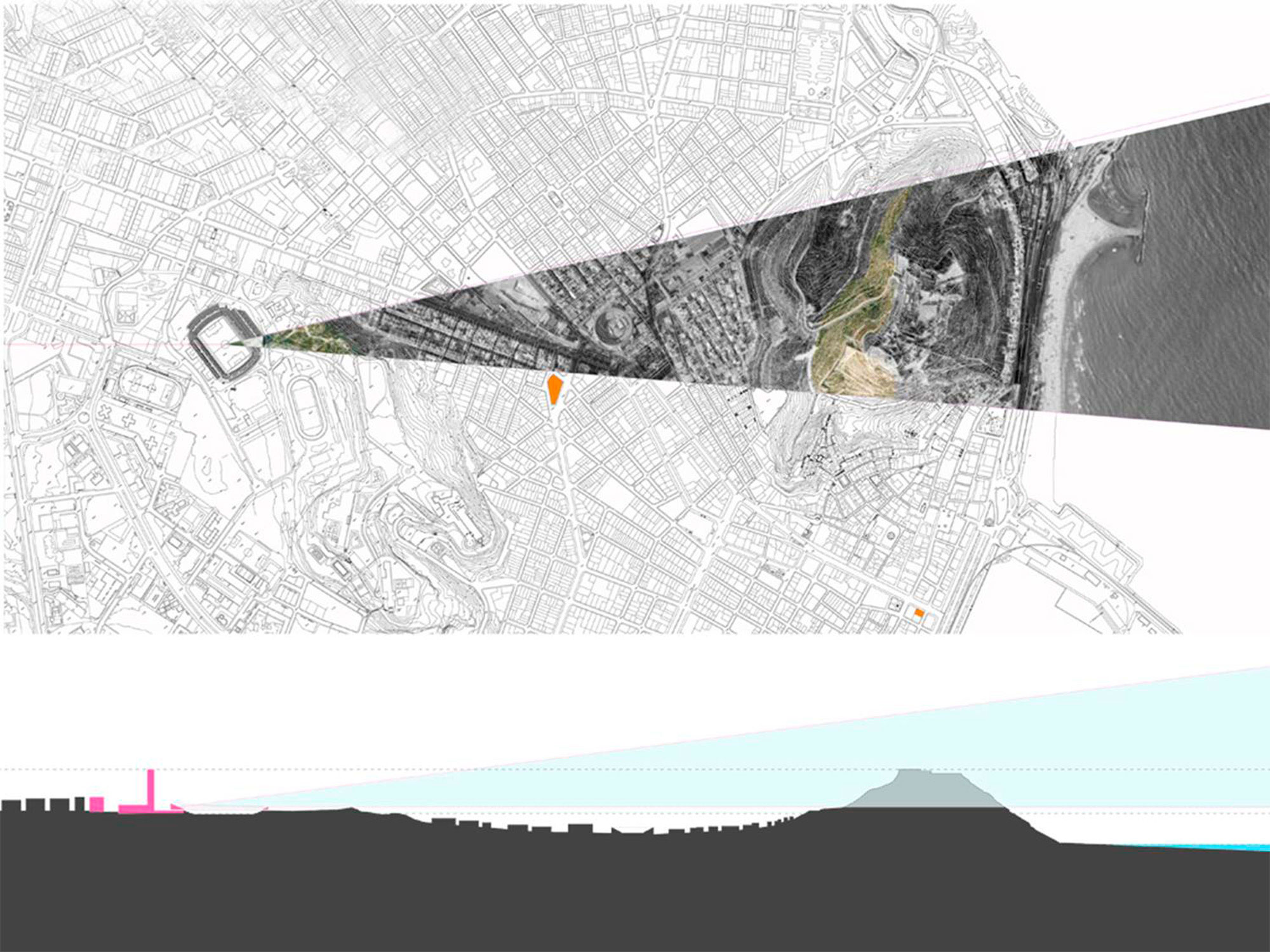 The project had to provide a direct response to the sporting – recreational area where it is situated, as well as assuming its role as a boundary piece, since to the north it forms the limit of the urban fabric. A stadium has been created that is enveloped in its surrounding environment, which will display a human scale in its relationship with the Tossal Hills park, whilst also offering a solid response to the city. It will become a flagship element as it seeks to revitalise the region.

The stadium needs a space in which it can be located, it needs to breathe to be able to undertake all of its functions properly. Therefore, after having analysed the surface area and development potential, a tower was designed as a means of releasing space, while the stadium’s basement acted as a generator of public space. diseñamos una torre como liberador de espacio y el basamento del estadio como generador de espacio público.

The tower represented a milestone, an element that represented the city, which highlights the stadium when viewed from within, and which becomes a comprehensive part of the same. However, viewed from afar, the representative image is that of the tower, meaning that the stadium takes on centre stage as we approach it.

The creation of sustainable architecture is one of this project’s cornerstones. It is of the utmost importance to embark upon the project in a global manner (undertaking the study into the different buildings as if they formed a single project) in such a way that the different means of collaboration are created (eco-effective relationships).