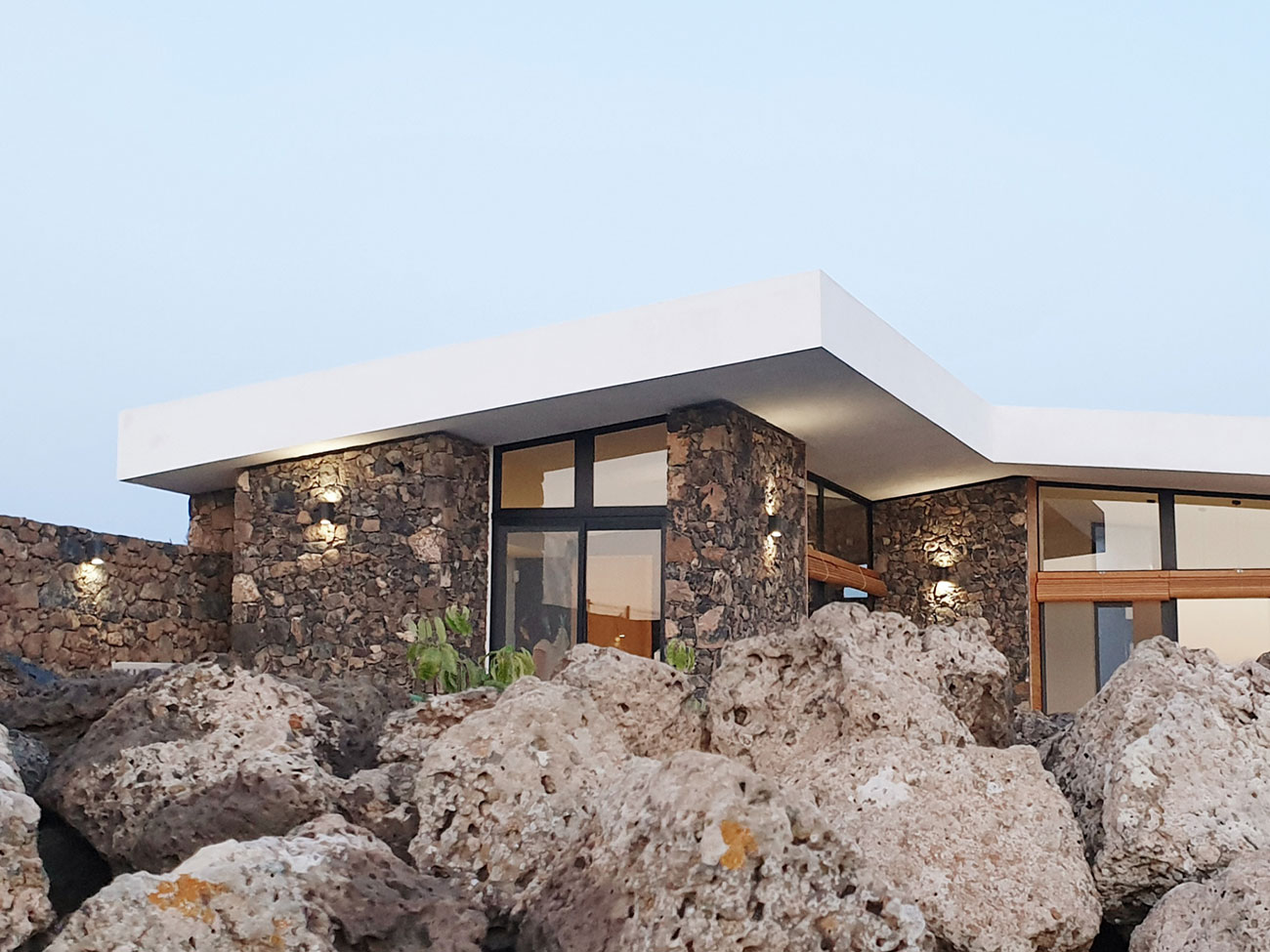 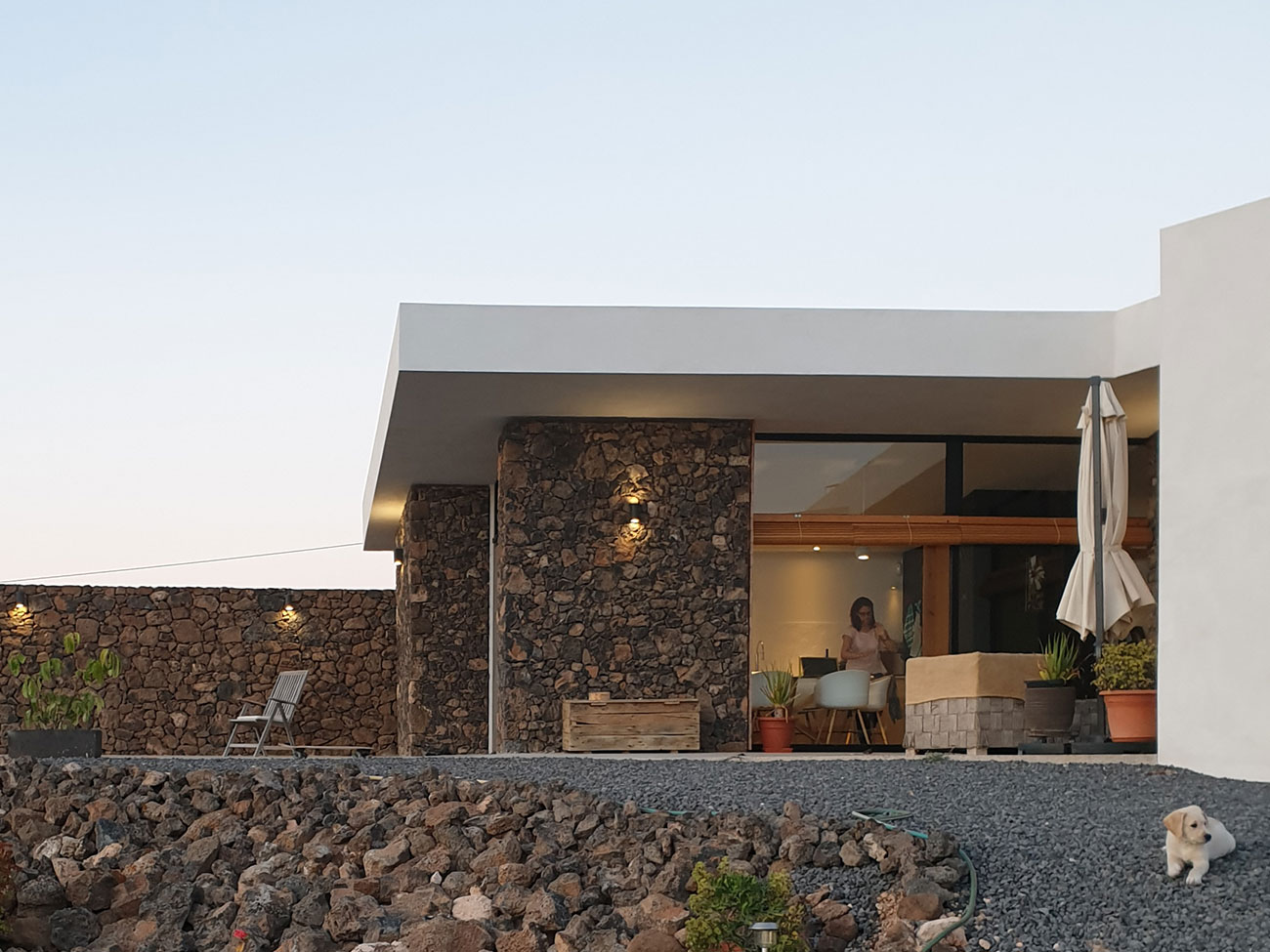 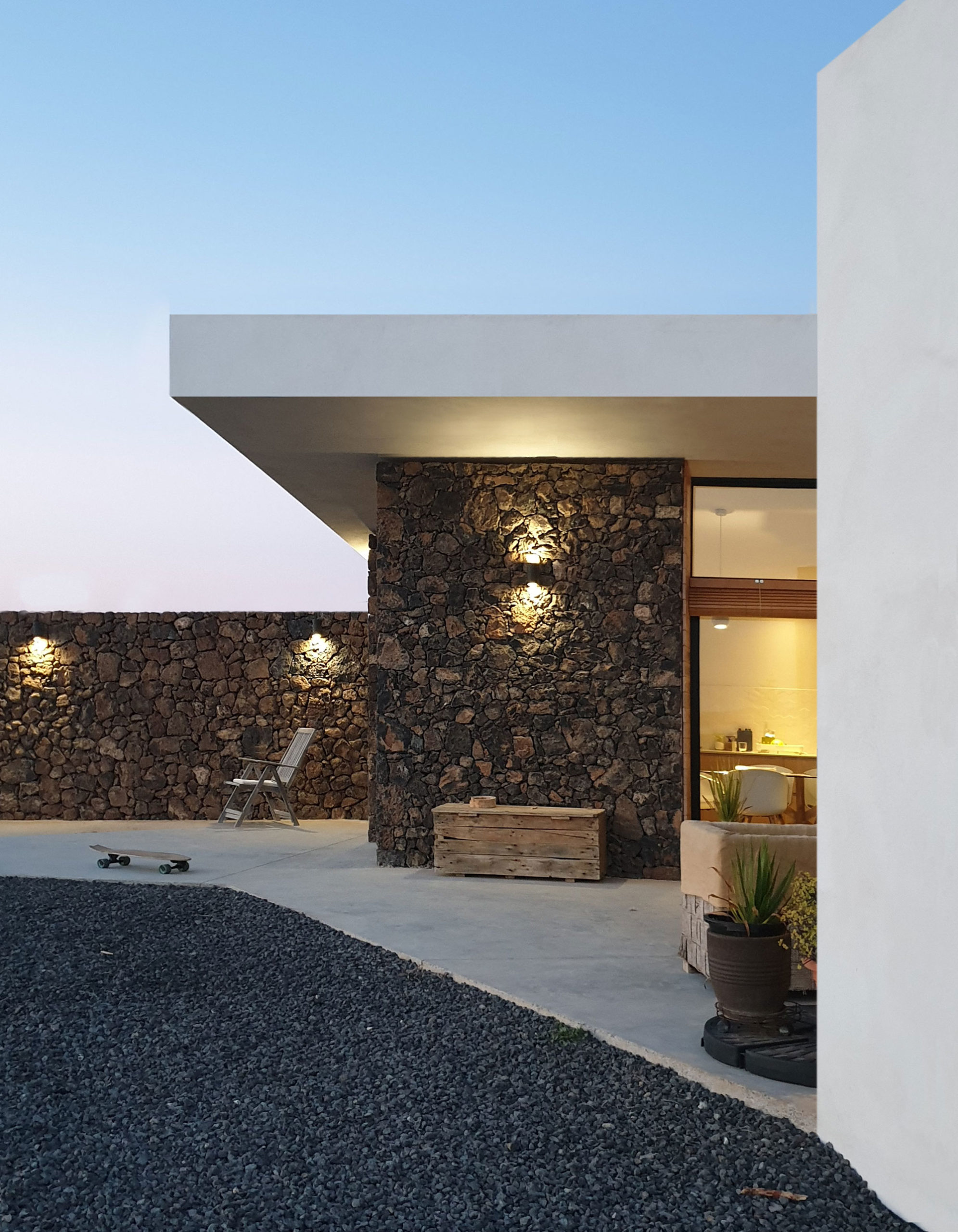 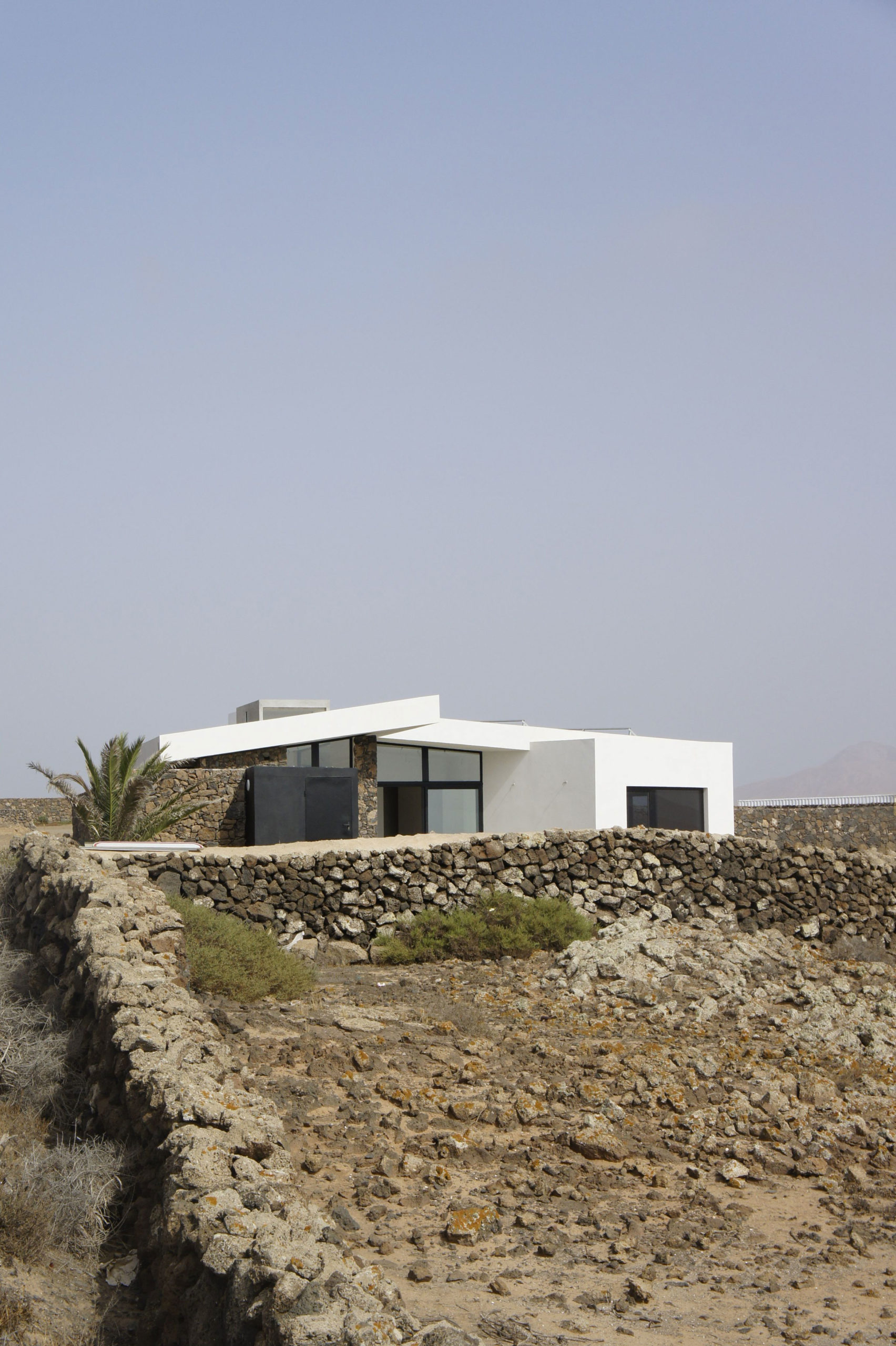 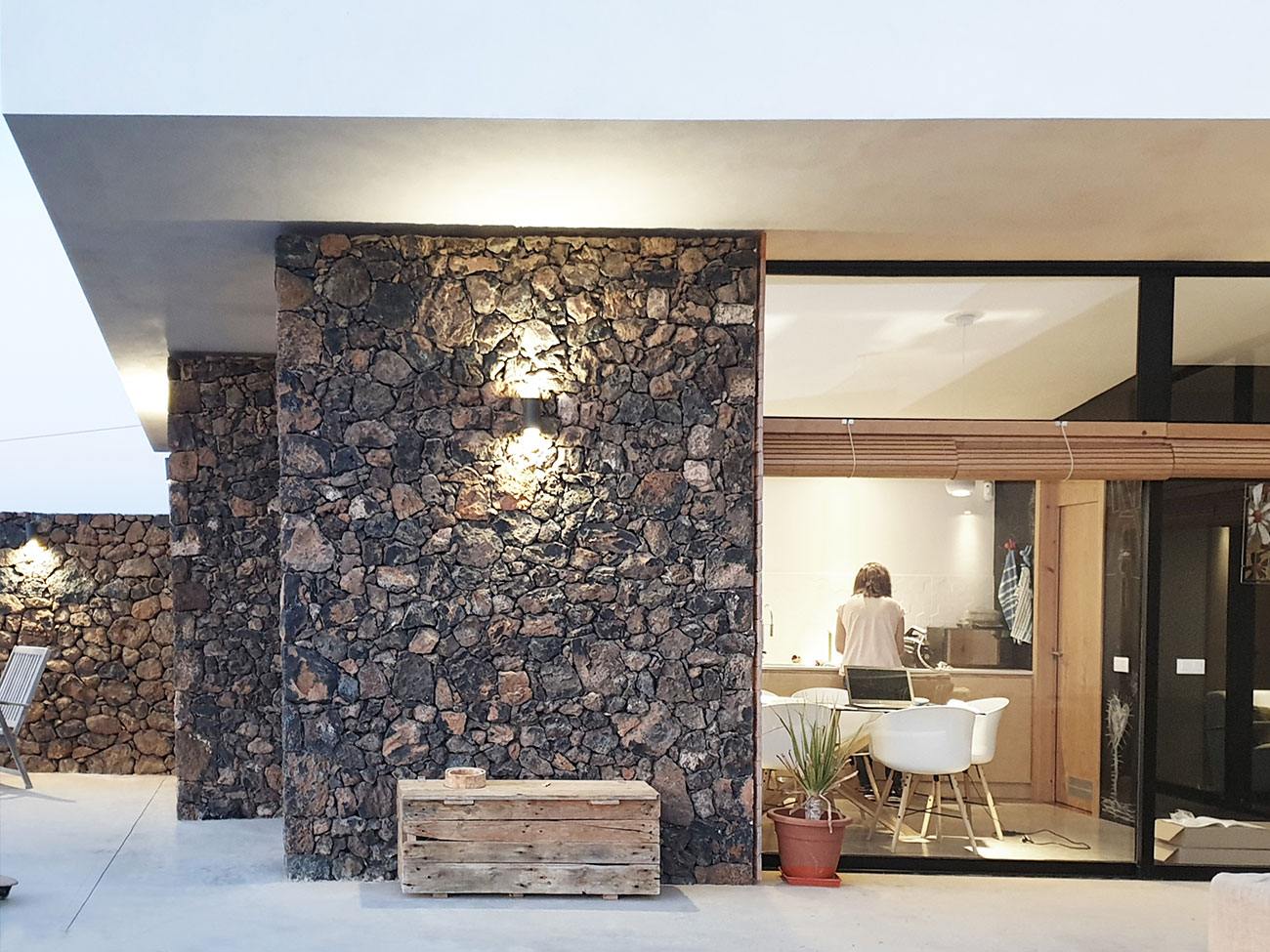 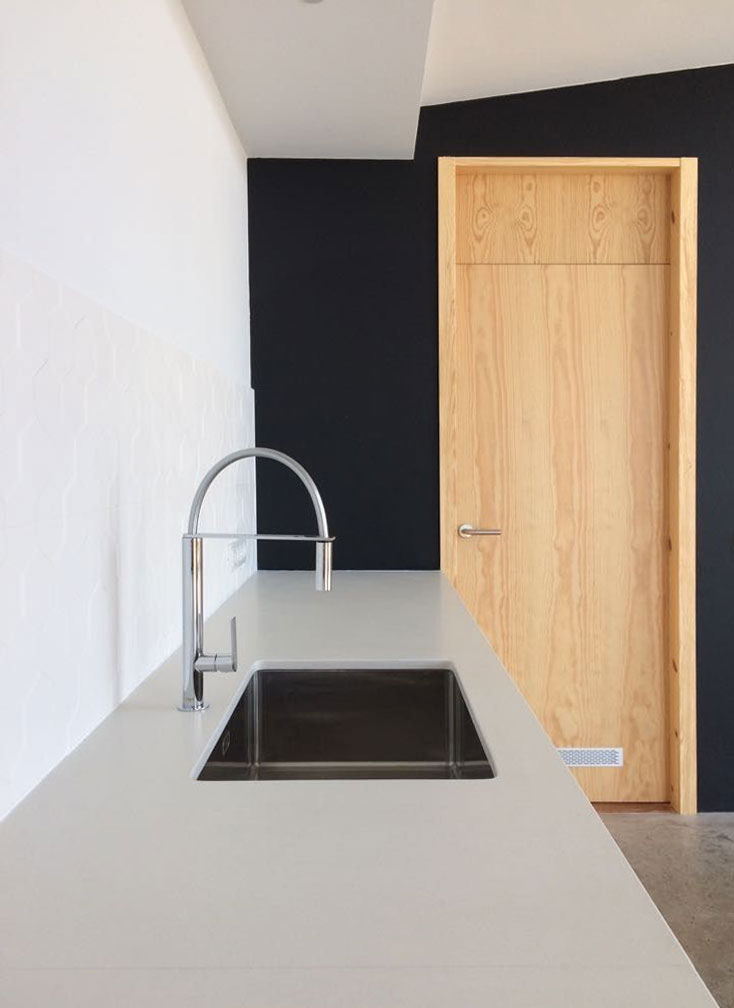 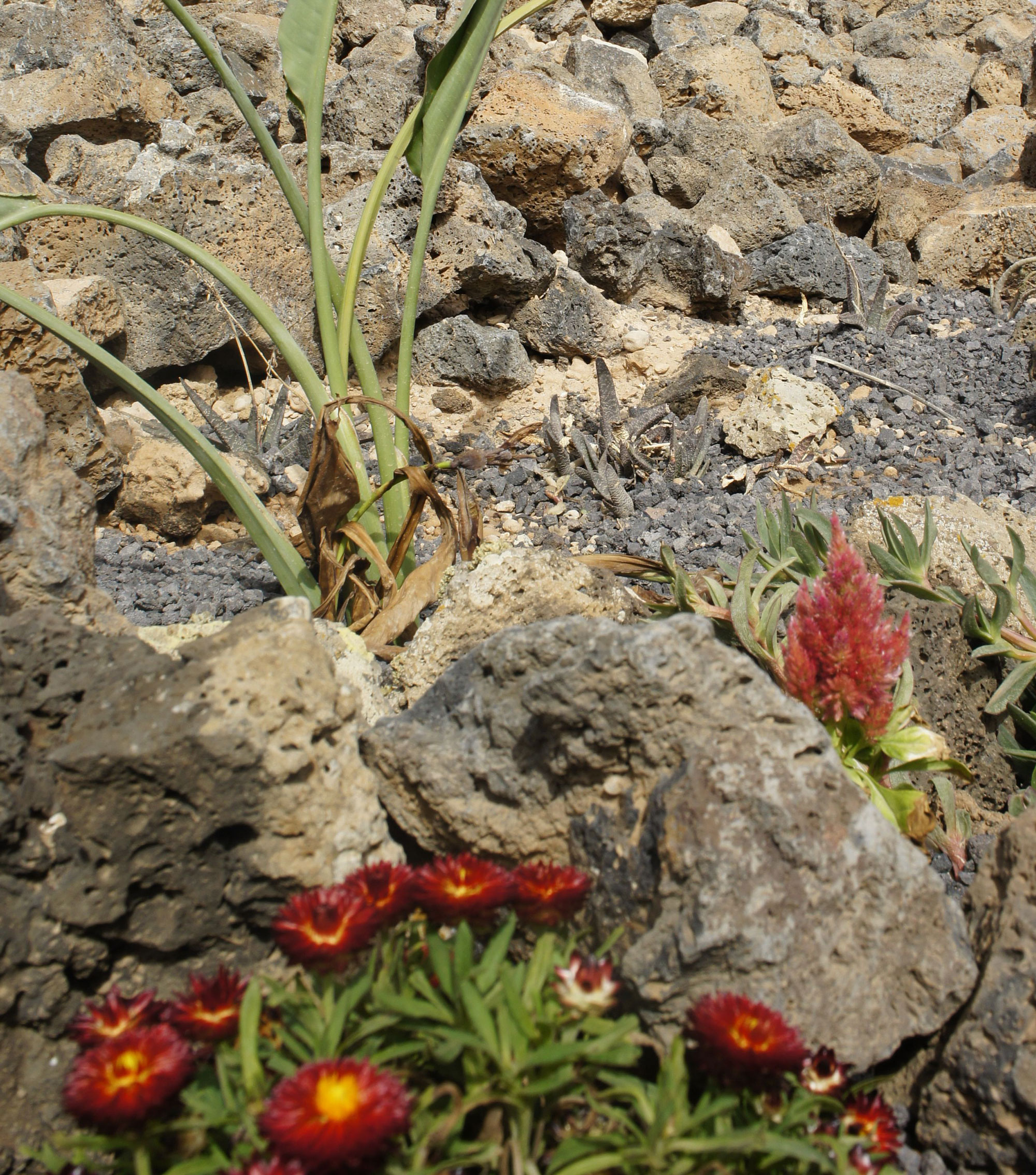 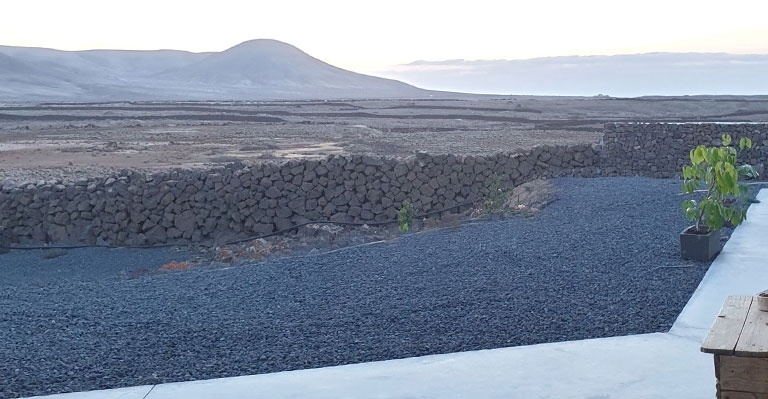 A home for a family with children, with a very specific conditioning factor, a restrictive budget.

We entered into our work from the outset with the clients, the choice of the plot being a determining factor. We found a residual plot, located on the boundary of the urban terrain and a protected natural zone. A triangular-shaped plot with a marked slope, but at a mouth-watering price.

Our project showcased the singular nature of the plot, designing a modern house in which the special location of the same would be maximised to the highest level, as this is on the border of a protected natural environment. The property had to forge a relationship not only with the volcanic landscape but also to turn its back on the other buildings. The plot’s boundaries disappear, and the house appears to be located within an immense natural panorama.

The owner was in a corner property that seems to have a limitless plot, whilst at the same time offers privacy from the rest of the properties.

The construction of the same had to meet economic restraints while at the same time taking advantage as much as possible of the island’s favourable climate. The differences in temperature are noted during the day and night, remaining practically constant all the year round. The area in daily use sought out thermal inertias, connecting this with the land and retaining walls, thus being able to maintain a stable temperature. Conversely, the nocturnal area, with more reduced spaces, was perfectly isolated from the outside and raised from the ground. The aim was to provide an area of comfort that was easily controllable via a minimum energy input.

In this way, an ecological property was designed in which the nocturnal areas are perfectly set out, isolated, waterproof with tiny alcoves or apertures, while the day area is not a new construction, moreover the space between the masonry walls that comprise the terrain and the area with the bedrooms. An irregular space which assumes the plot’s uniqueness. The large picture windows characterise this area, appreciable from the access courtyard as far as the outer passageway.

The house’s shape also took into account the predominant winds on the island, so that its inhabitants could maximise the use of exterior spaces.

The decision was made not to act on the entire plot, limiting the intervention to approximately half of this. The house, belongs to the existing environment and is integrated into the same, while reducing costs.