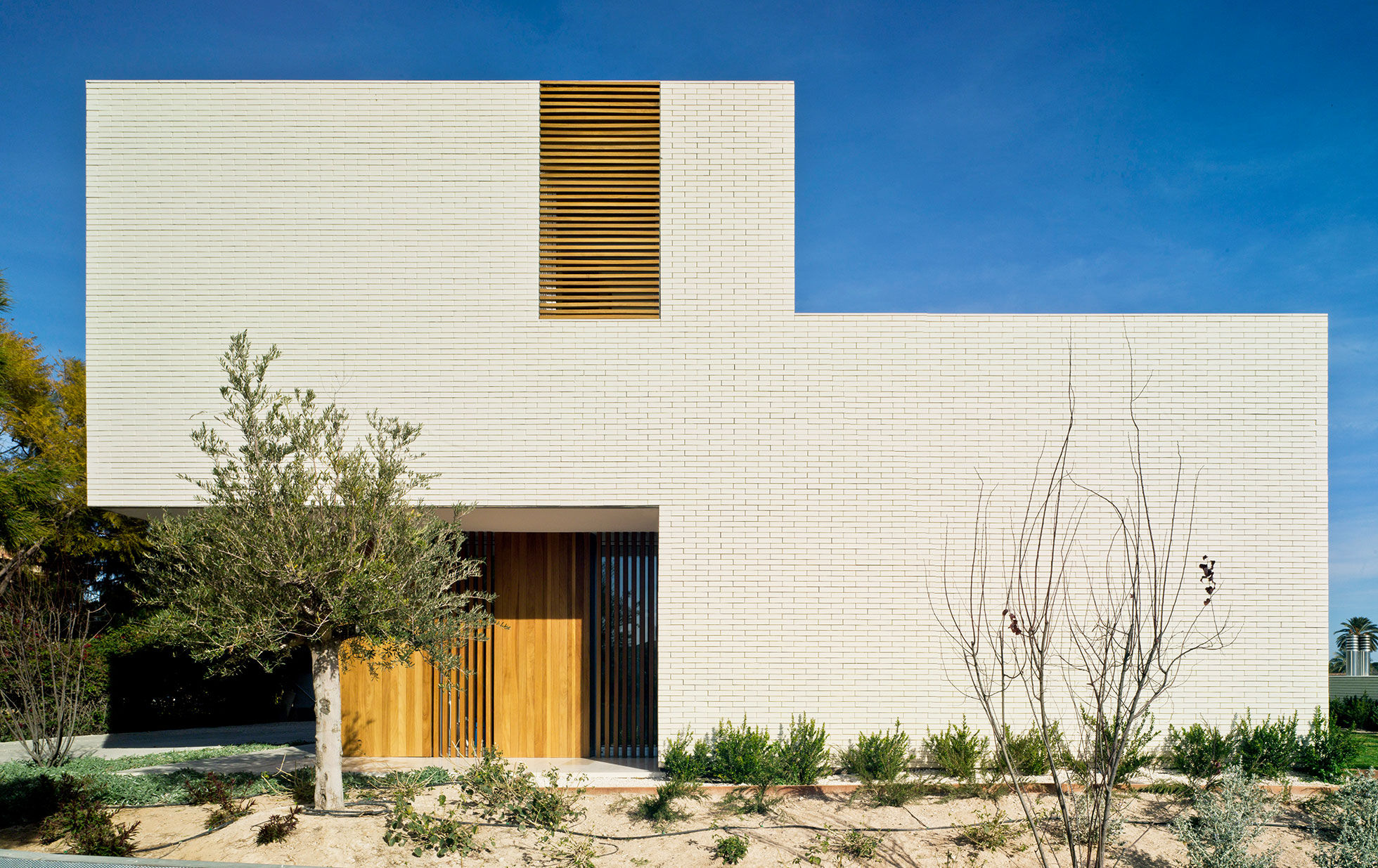 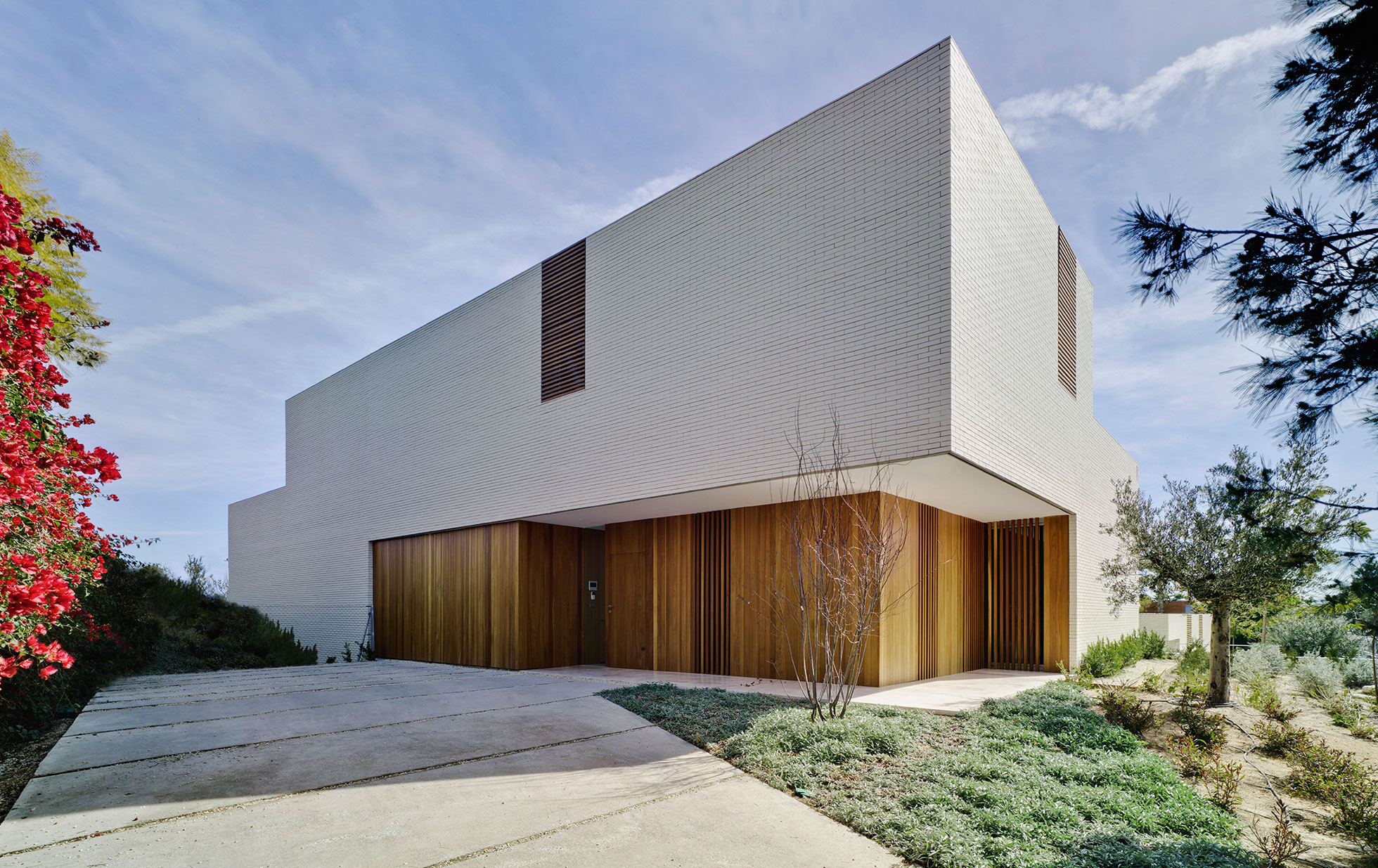 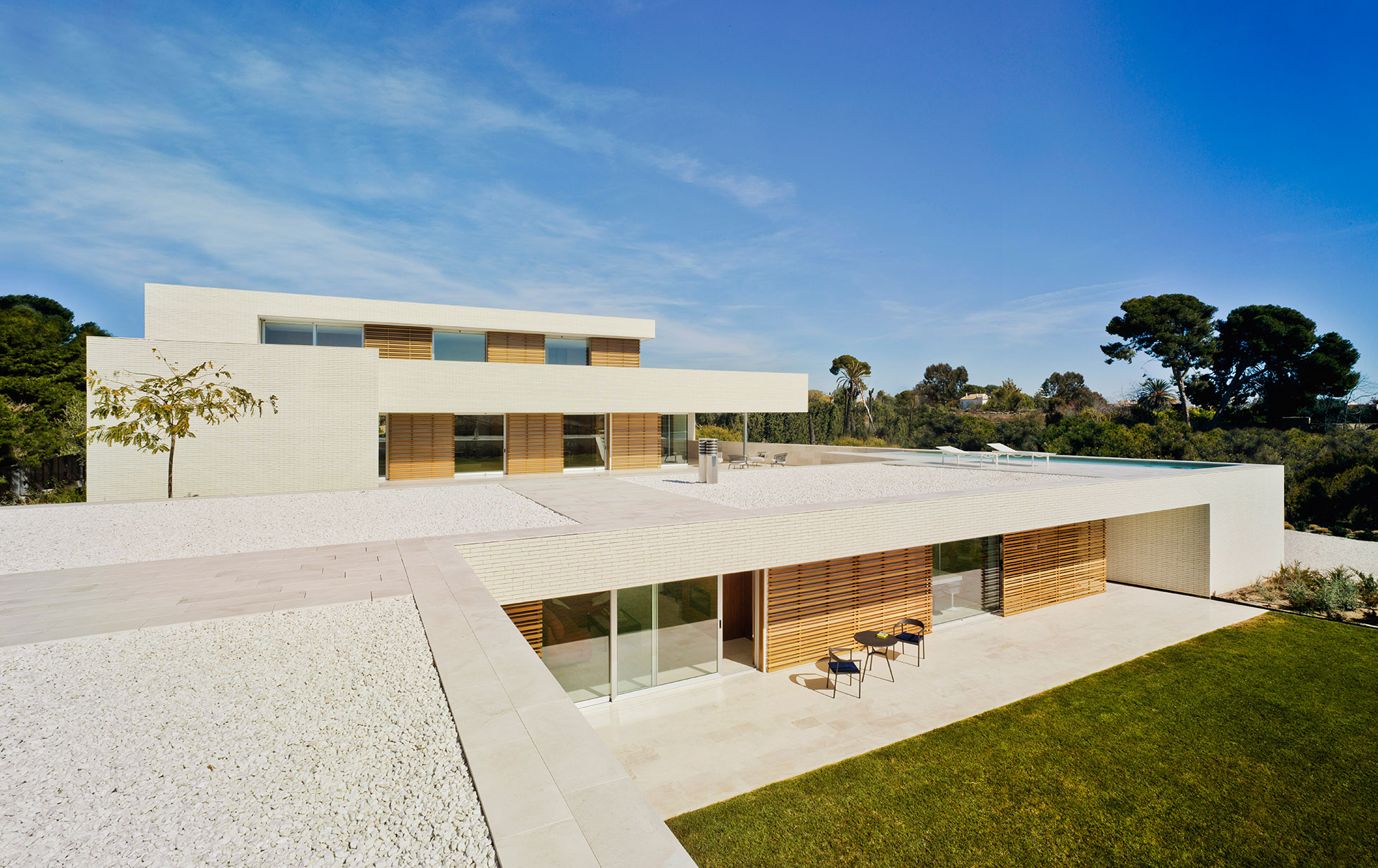 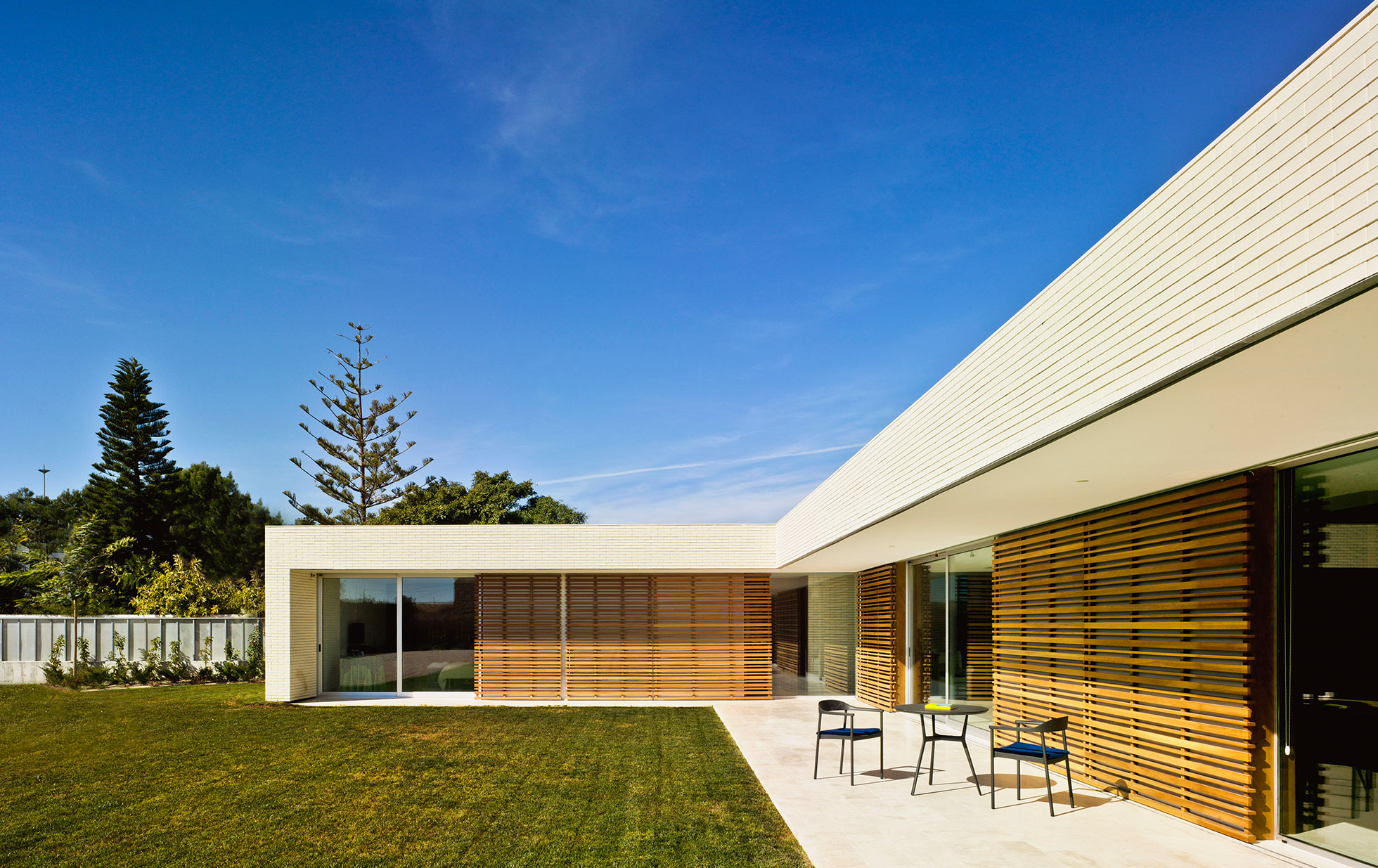 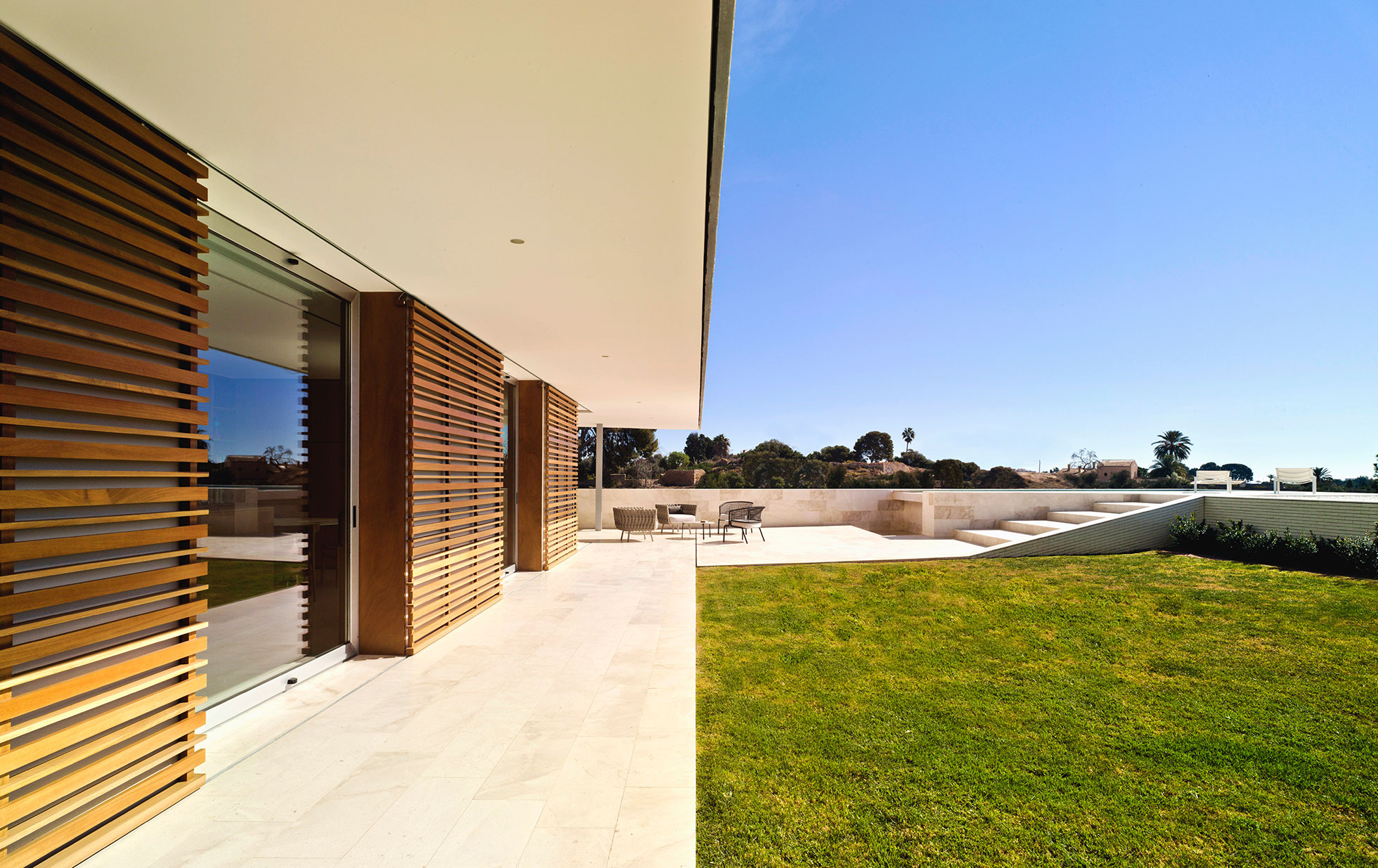 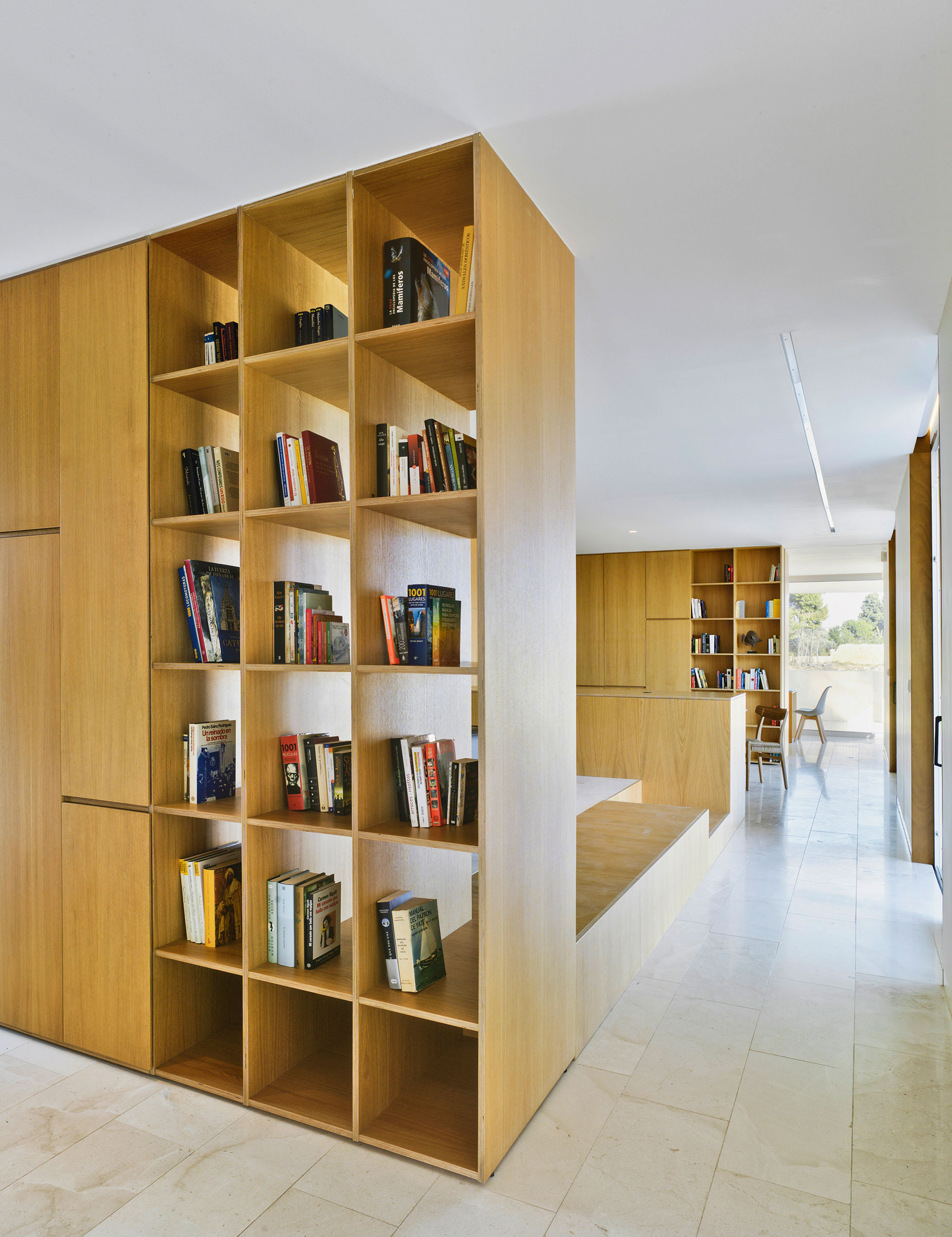 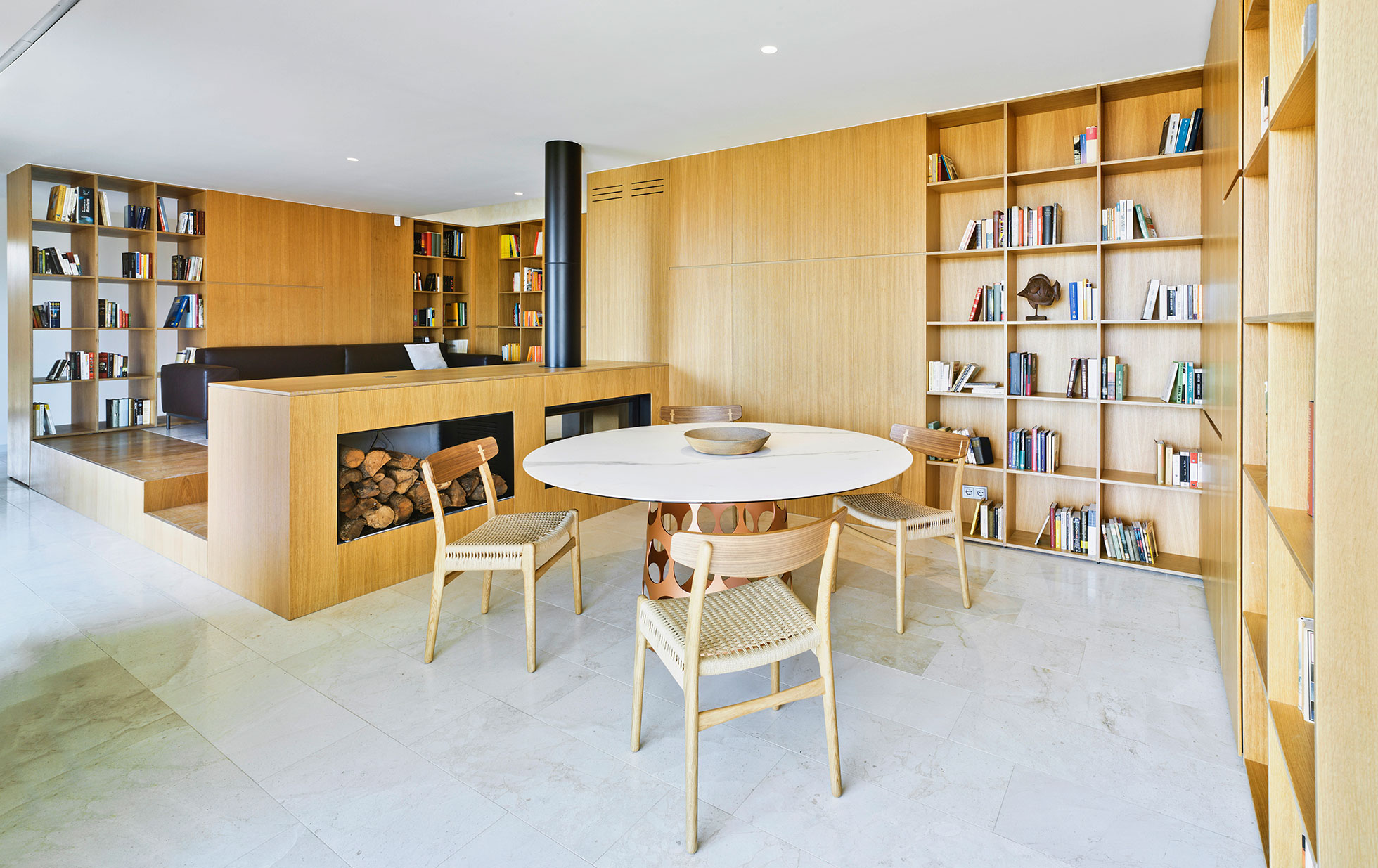 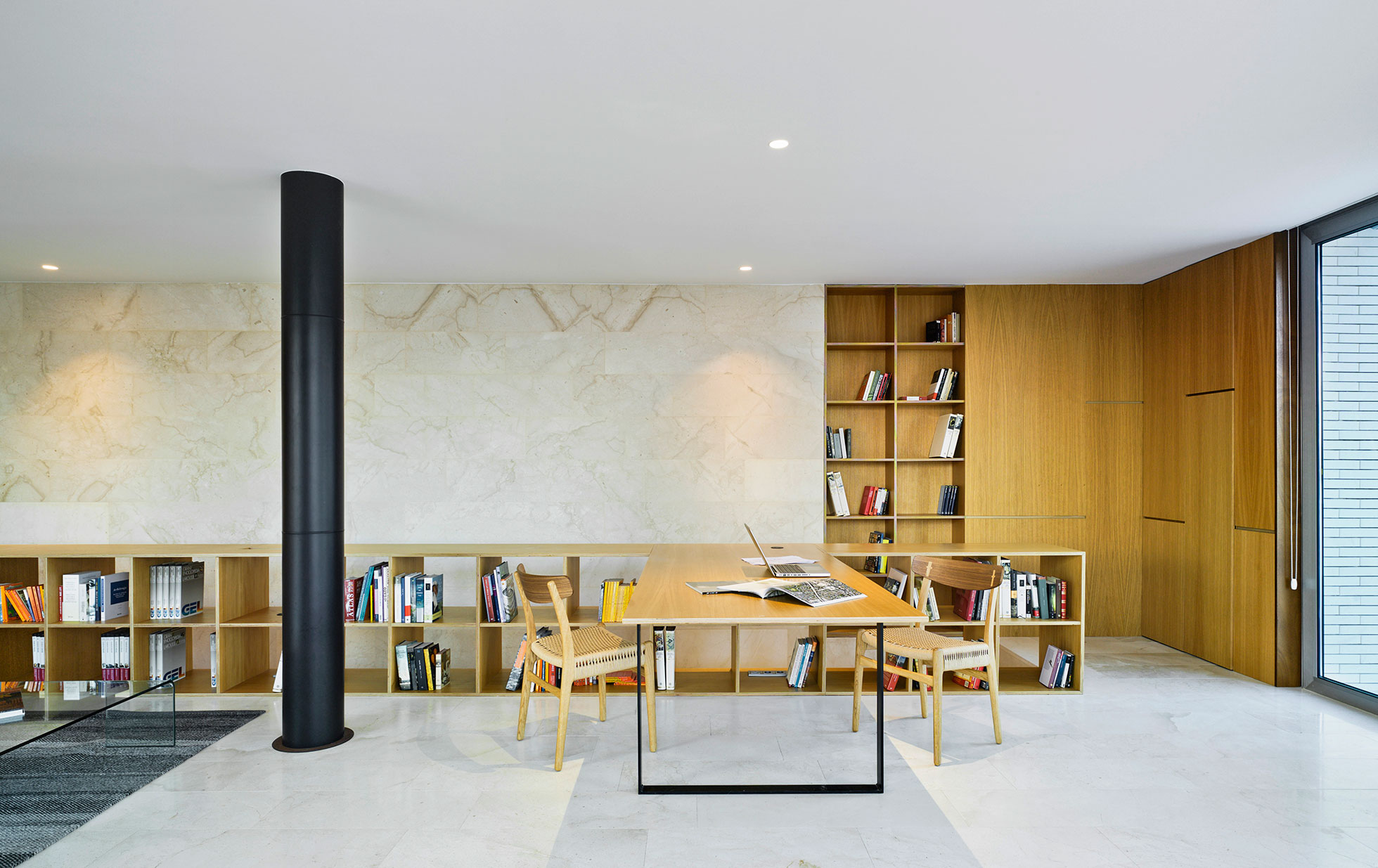 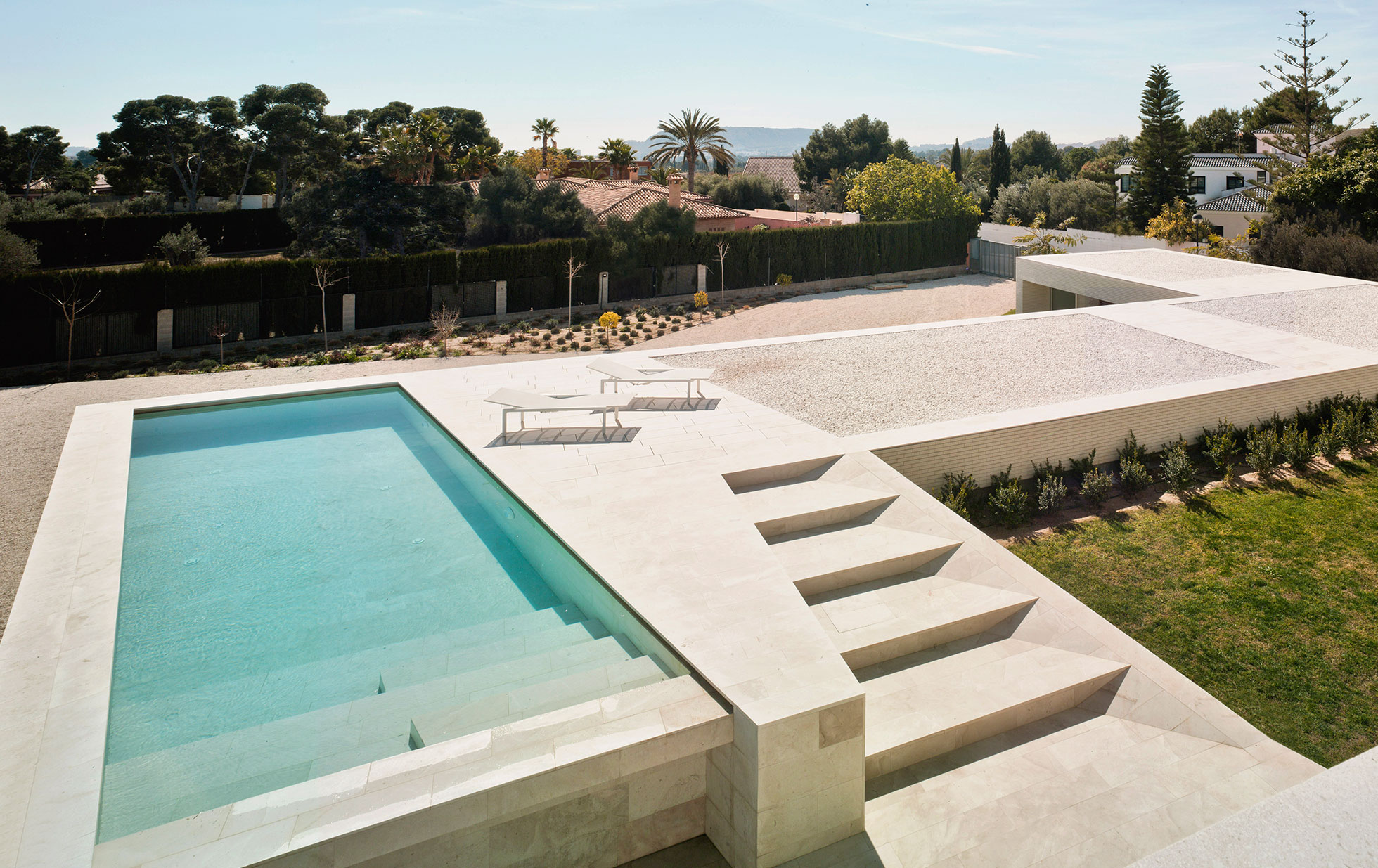 This project aims to integrate two different houses for members of the same family in the same sloped terrain.

Each dwelling has different programatic requirements even they have multiple common points when getting placed in the plot. Thus, their western façades get opaque as they are in direct contact with the street, while the rest of façades are made in glass so they are much more permeable.

We generate a fluent relation between the interior and the garden that gets emphasized by the continuity of the pavement, which is the same in the interior floor as well as in the exterior areas. Any transitions are eliminated and the sense of a spatial continuity is achieved.

The treatment of the façades of both houses is also made in the same material. This way, they visually appear as a spatial assembly that belongs to an unique volume when seen from the exterior even they are completely independent as they are placed in different levels, adapting to the topography of the terrain.

We achieve great views over the garden from both houses with this slope, as we haven't got any visual obstacles. A sense of spaciousness for the inhabitants of both dwellings is achieved this way.